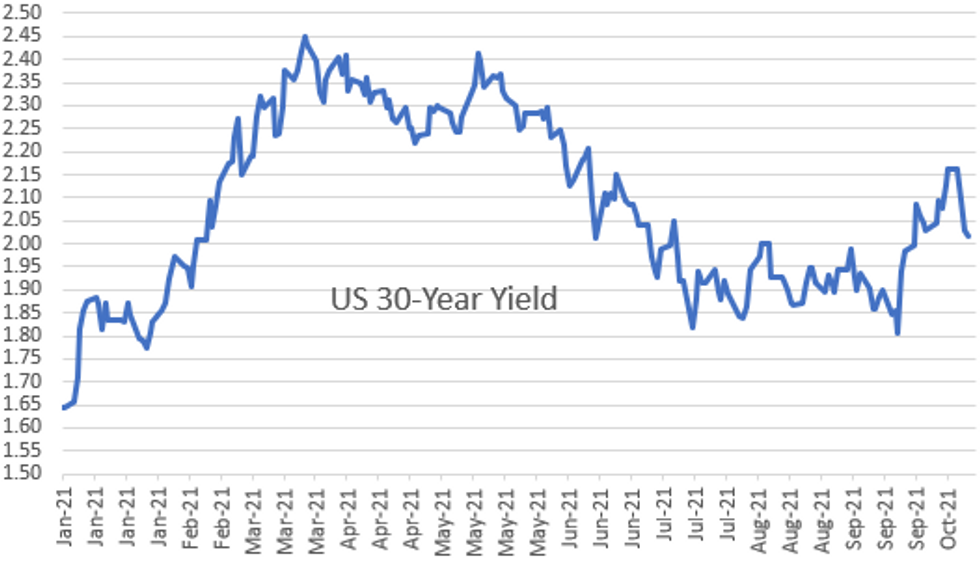 FED: The Federal Reserve is fast approaching an inflection point that will clarify whether a string of recent high inflation readings will in fact subside as some policymakers expect, or force the central bank to raise interest rates as early as next year, ex-Fed officials told MNI.

US: The pace of retail sales likely slowed in September after a much stronger-than-expected August as consumer confidence stumbled and prices continued to skyrocket, industry experts told MNI, though new Covid-19 infections through the month likely benefited the goods sector as consumers again shied away from services.

Bond yields continued to fall Thursday, but the week's pace has slowed, rates holding to a narrower range all session. Knock-on bid from EGBs continued to be a factor cited by sell-side desks, curve steepener unwinds running their course.

US: Jobless Claims Below 300K, Fresh Post-Covid Low U.S. jobless claims fell steadily to 293,000 in the latest week, the Department of Labor said Thursday, a sign of an improving labor market that is likely to allow Federal Reserve officials to start paring back their bond buys as early as next month.

More banks sure to follow as they exit earnings blackout. May help push total October issuance estimate over $125B. 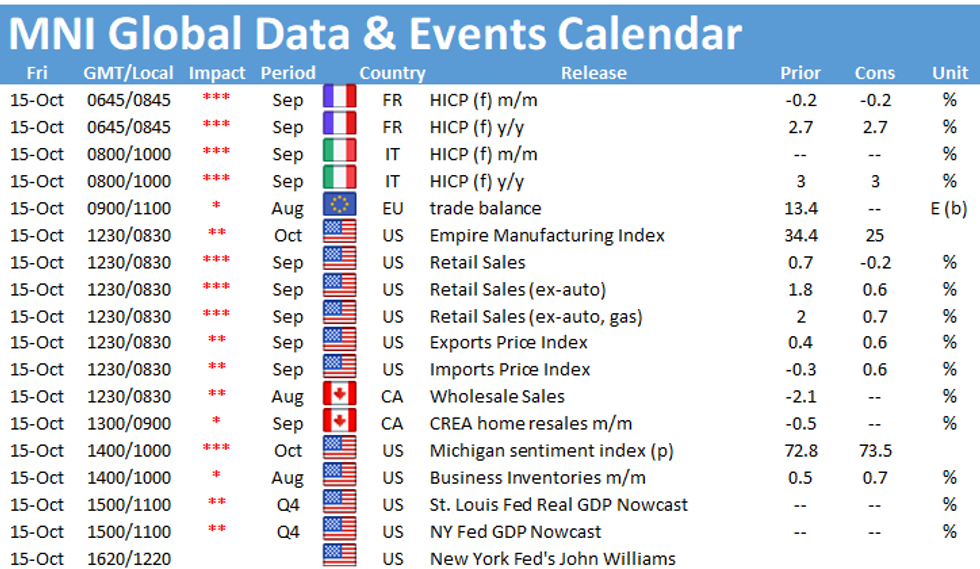