MNI INTERVIEW: BOC May Adjust Guidance Over Talking Down CAD

Malaysians Urged To Stay At Home

MNI INTERVIEW: BOC May Adjust Guidance Over Talking Down CAD

MNI REALITY CHECK: Canada CPI May Rise Past Most in Decade

The pre-LNY feel was well and truly in play in the core FI space during Asia-Pac hours, with some light bull flattening witnessed in cash Tsys after 30s failed to make a meaningful break above 2.00% on Monday, with the pullback from intra-day cheaps seemingly resulting in some steepener unwinds after fresh multi-year highs for the 5-/30-Year yield spread. 30s sit ~2.0bp richer on the day at typing, while T-Notes have held to a 0-03 range in overnight trade, last -0-00+ at 136-21+, with limited flow apparent, as that contract operates on <75K of volume ahead of European hours. This week's coupon Tsy supply kicks off today, with 3-Year issuance due. Elsewhere, we will hear from Fed's Bullard, while NFIB small biz optimism and JOLTS job opening data is due.

The Antipodeans firmed up in thin pre-LNY trade, with little of note in the way of fresh headline catalysts. AUD was aided by the improvement in NAB Business Confidence, while NZD caught a bid after the RBNZ released its inflation expectations, which recovered to levels last seen before the onset of the Covid-19 pandemic. NZD/USD rallied to its best levels in a month, looking past the reinstatement of LVR restrictions by the RBNZ & FinMin Roberson's 2021 Budget Policy Statement.

The greenback extended its losses for a second session, while general risk on tone saw most EM FX gain. Volumes were thin as markets approach the LNY holiday.

Thin volumes and fairly muted moves are the name of the game heading into LNY. Broad risk on tone was evident in Asia as markets assess hopes for a US stimulus deal.

EQUITIES: Asia Stocks Gain After Another Day Of Record Highs In US Markets

Most indices in the Asia-Pac region are higher, following another positive lead from the US where major indices hit record highs. The mood is broadly positive with risk assets supported as the US inches towards a bumper stimulus plan.

Bullion has drawn support from the lower USD and flat to softer U.S. real yields witnessed over the last 24 hours or so, last dealing a little over $10/oz firmer vs. Monday's close and ~$25/oz better off week to date. From a technical standpoint bulls now look for a break above some of the shorter- to medium-term EMA's before turning their focus higher.

Crude futures continue to rally, breaching the highest levels since May 2019. WTI & Brent sit ~$0.50 better off at present. 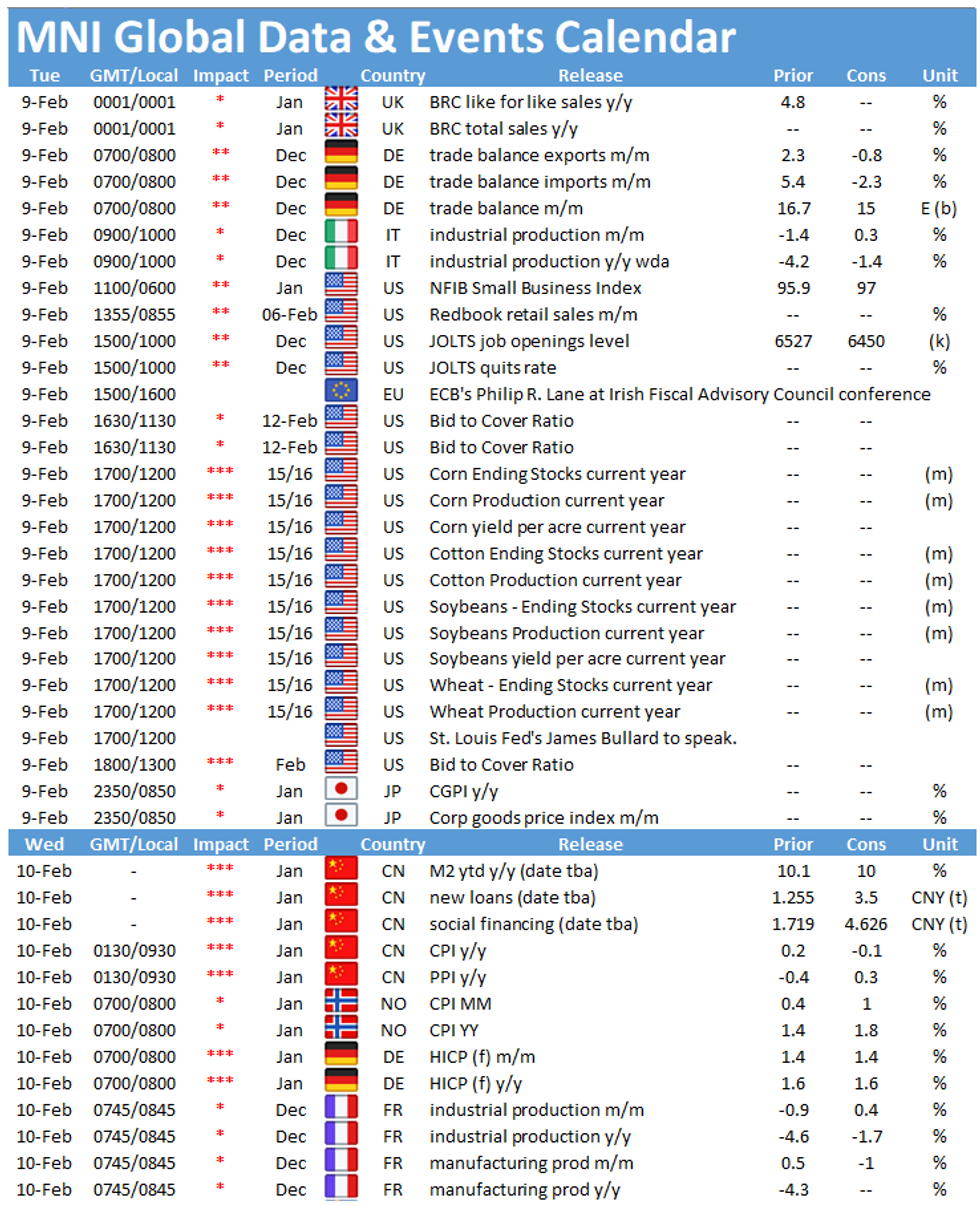