The earlier impetus from the combination of weakness in ACGBs, U.S. fiscal matters (President Biden become more optimistic on the resolution of a spending deal within the Democratic party) and the previously outlined Chinese state media headline flow surrounding the market's understanding of diminished odds of a RRR cut from the PBoC during the remainder of '21 has subsided a little, allowing the space to find a bit of a base. E-Minis have reversed their early, modest gains, and now trade little changed. TYZ1 last trades -0-03 at 130-15, while cash Tsys run little changed to 2.0bp cheaper across the curve, with a more traditional round of bear steepening coming the fore after the early, belly-led weakness. A 2,125 lot block buy of FV futures was seen. In the short end there was a covered 40K buyer of the EDH2 99.625/99.500 put spread. A raft of Fedspeak & 20-Year Tsy supply will headline in NY hours

The yuan retreated as participants assessed daily PBOC operations, the central bank's yuan fixing and its decision to leave the LPR unchanged, in line with expectations. The won led gains in Asia EM space as risk-on impetus from overnight provided support.

Initial Signs That The PBoC Does Not Want USD/CNY To Move Lower?

Today's USD/CNY mid-point fixing was not quite as low as the median estimate provided to BBG. Although the deviation wasn't large in historical terms, it perhaps provided an initial sign that the PBoC may not be willing to let USD/CNY trade too much lower. 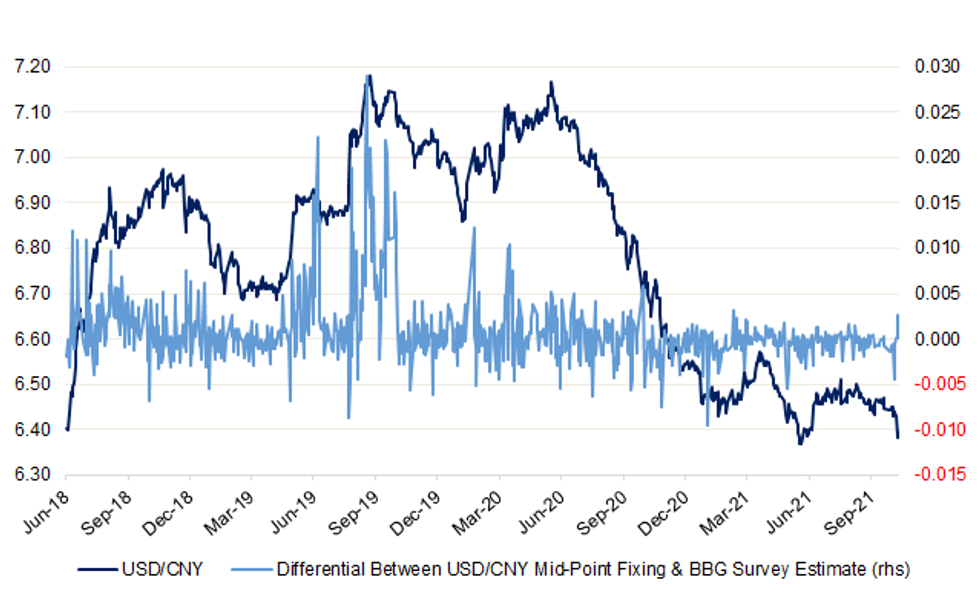 Spot gold last deals little changed on the day, just above $1,770/oz. Gold pulled back from best levels during Tuesday trade, with the DXY recovering from its intraday lows alongside an uptick in our weighted U.S. real yield monitor. Still, bullion remains within the confines of the recently observed range, awaiting a catalyst for fresh impetus. Note that ETF holdings of bullion have moved to the lowest level witnessed since May '20.

WTI & Brent sit ~$0.50 and ~$0.45 below their respective settlement levels, unwinding the bulk of Tuesday's gains (which were anything but one-way) 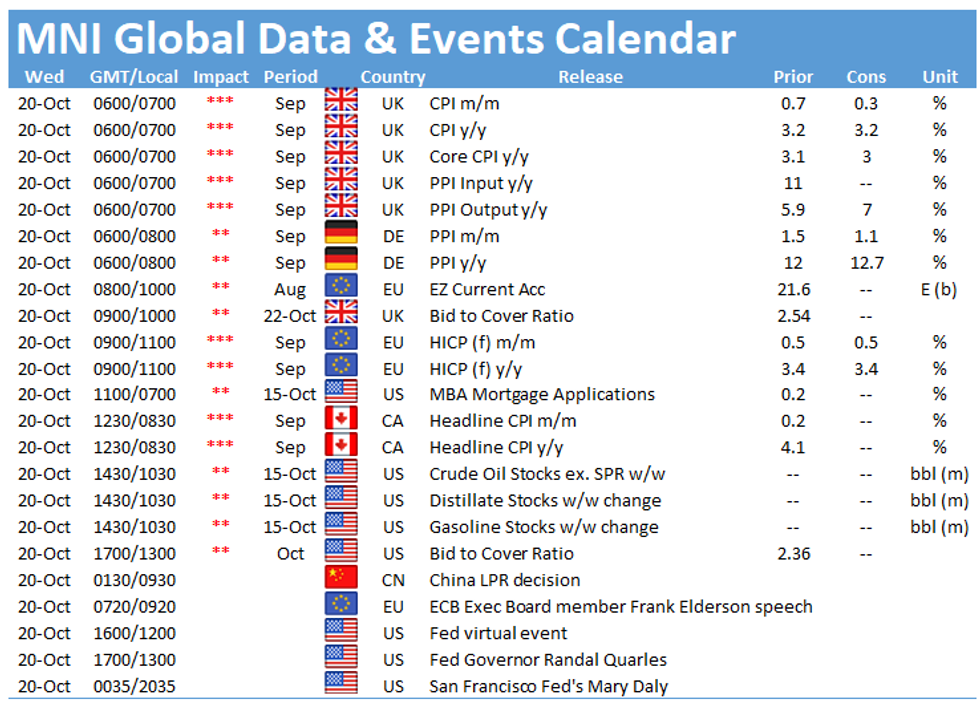