Thursday gets underway with the string of UK short-term economic indicators at 0700BST, with the UK Q2 GDP likely to dominate. At 1000BST, eurozone industrial output data is set for release, with the U.S. initial claims data expected at 1330GMT. U.S. July PPI will also be closely watched.

UK GDP likely rose 4.8% between April and June, according to analysts, but supply bottlenecks and a global semiconductor shortage could lead to a downturn in manufacturing output. Car production declined 58% in Q2, according to the SMMT, a jaw-dropping fall in a sector that comprises 9% of the manufacturing base (and just under 1% of GDP). Production increased by 0.8% in Q1. However, auto manufacturing rebounded by 26% in June, albeit from an extraordinarily low level in May. Analysts currently forecast a 0.4% percent increase in total manufacturing between May and June.

Consumer spending is expected to rise by 5.5%, reversing a 4.6% in Q1, with Q2 retail sales, up 12.2%, likely to add 0.6% to GDP, according to the ONS. However, analysts will be closely eyeing the performance of the service sector in June (forecast to rise by 0.9% m/m) amid reports that a resurgence of the Delta Covid variant dampened consumer confidence. Analysts look for a 0.8% rise in June GDP, matching the May advance.

U.S. jobless claims filed through August 7 should dip slightly to 375,000 after falling to 385,000 in the week ending July 31. Continuing claims should dip to 2.8 million following a 366,000 drop to 2.9 million in the week ending July 24. Declines in initial filings for regular state programs point to some labor market improvement, though similar declines in pandemic-related programs mostly reflect decisions from many states to roll back those programs before their official September expiration.

There are no policymaker speeches slated for Thursday, although interest rate decisions from both the Turkish and Mexican central banks will be closely watched. 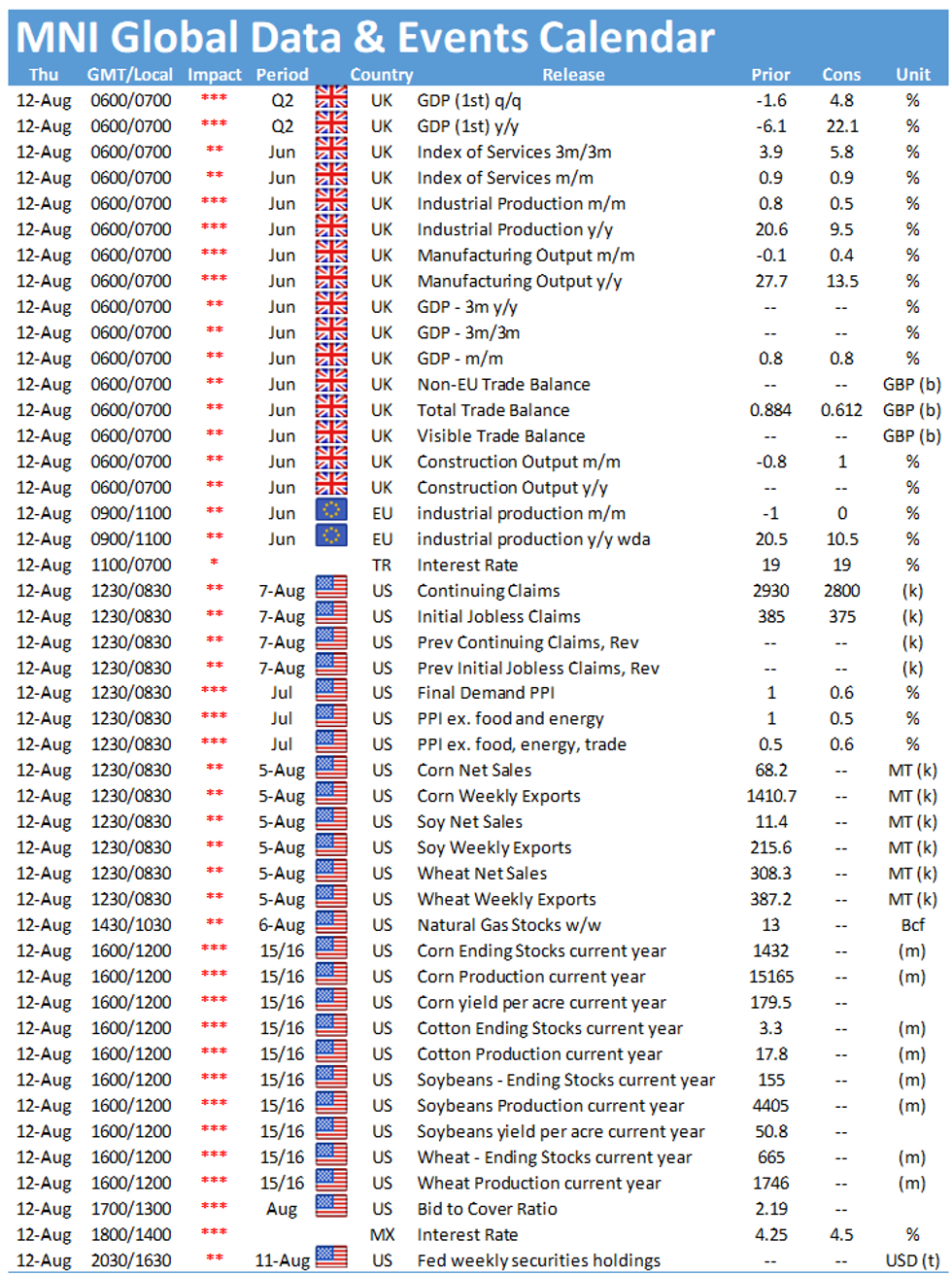