Trudeau Leads In Most Policy Areas, But O'Toole Stronger On Economy-Poll

MNI: US Labor Shortage To Persist Despite Back-To-School Boost

The Spanish autonomous community of Catalonia goes to the polls on Sunday 14 February in a regional vote where the whole of Spain may feel the repercussions of the result. The election, held in controversial circumstances, is being bitterly fought between parties advocating Catalonia become an independent nation state and those that support it remaining part of a federal Spain.

Chart 1. Projection of Election Result Based on 3-10 Feb Polling, Seats 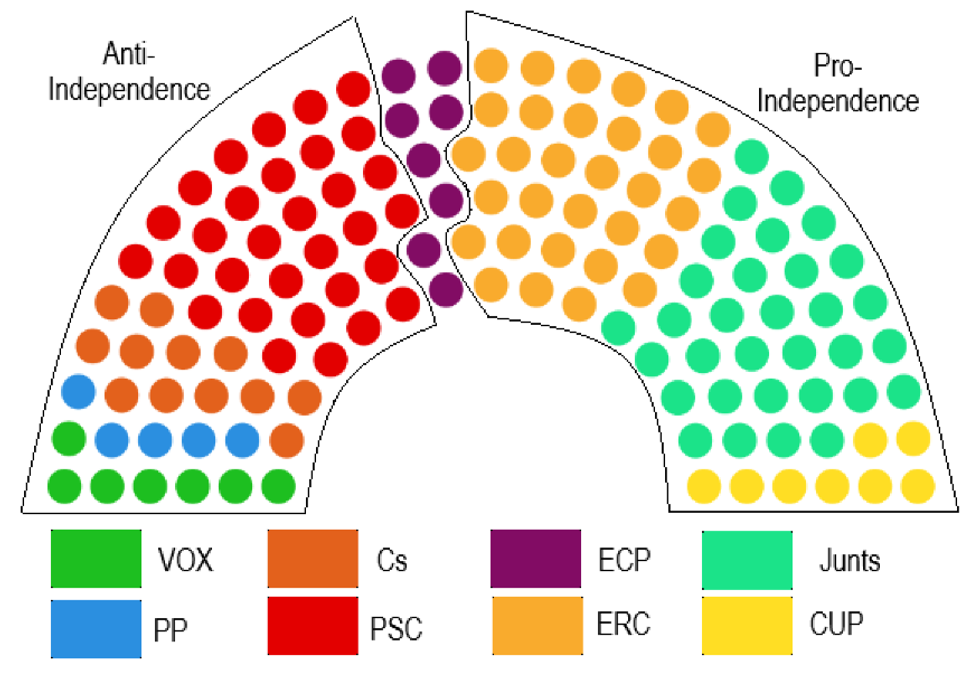