Will The CHF Strength Drag Down Swiss CPI?

Goldman Sachs: Likely to Deliver Another 150bp and Guide for More

The main story in this month's GRI is the significant decline in a number of country's scores, indicating a reduction of risk to governments in those nations. These have largely come about due to the passing of major elections. Even though some (Germany, Canada) do not have new governments or Cabinets officially in place, the stable direction of political travel in both means their 'Election Risks' scores are lowered markedly. 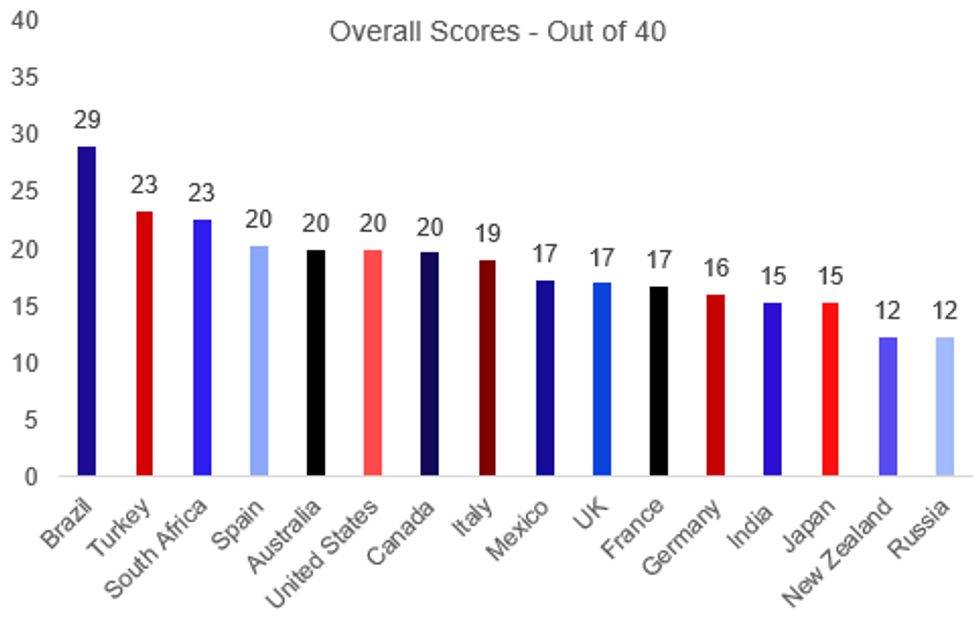