In this article we provide an estimated timetable of events for the US general election taking place on Tuesday 3 November as ballots are counted. As well as a guide of what times various states may call their results, we also provide analysis on key counties to watch in swing states that are likely to give the best indication as to the direction the presidency is heading in.

All timings in this article are subject to change and given the major shift to mail-in and early voting, the tabulation process may take longer or be more prone to challenges than in previous election cycles. As such, there is the possibility that at the end of the counting of ballots it is still not clear which candidate has won the presidency or which party is in control of the Congress. 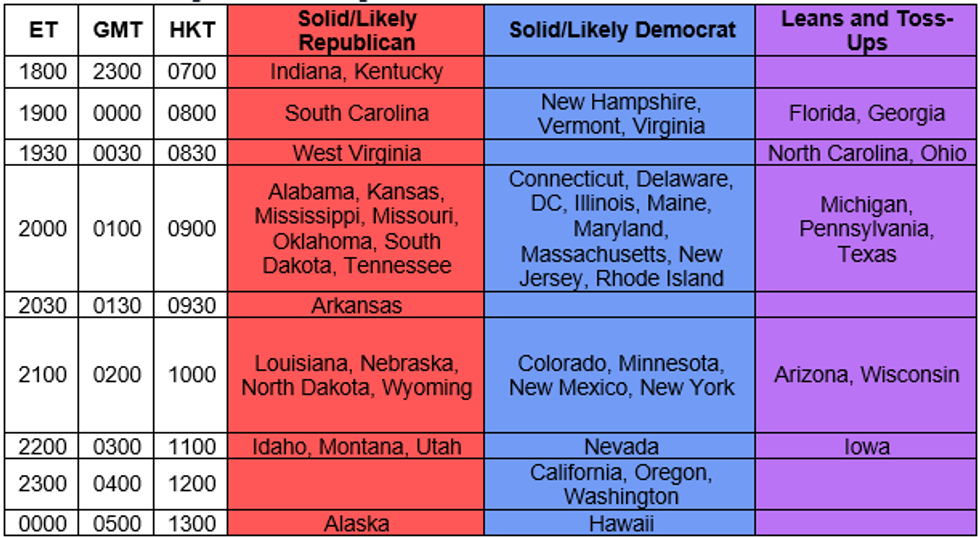 Source: NYT, MNI. N.b. Where states have different closing times in different areas, the time when most polling stations shut is shown.