Treasuries are a little stronger in overnight Wednesday trading, ahead of what promises to be an active session with data, supply, and Fed communications all in focus.

European government bonds have rallied and curves have bull flattened alongside a mixed performance for equities. 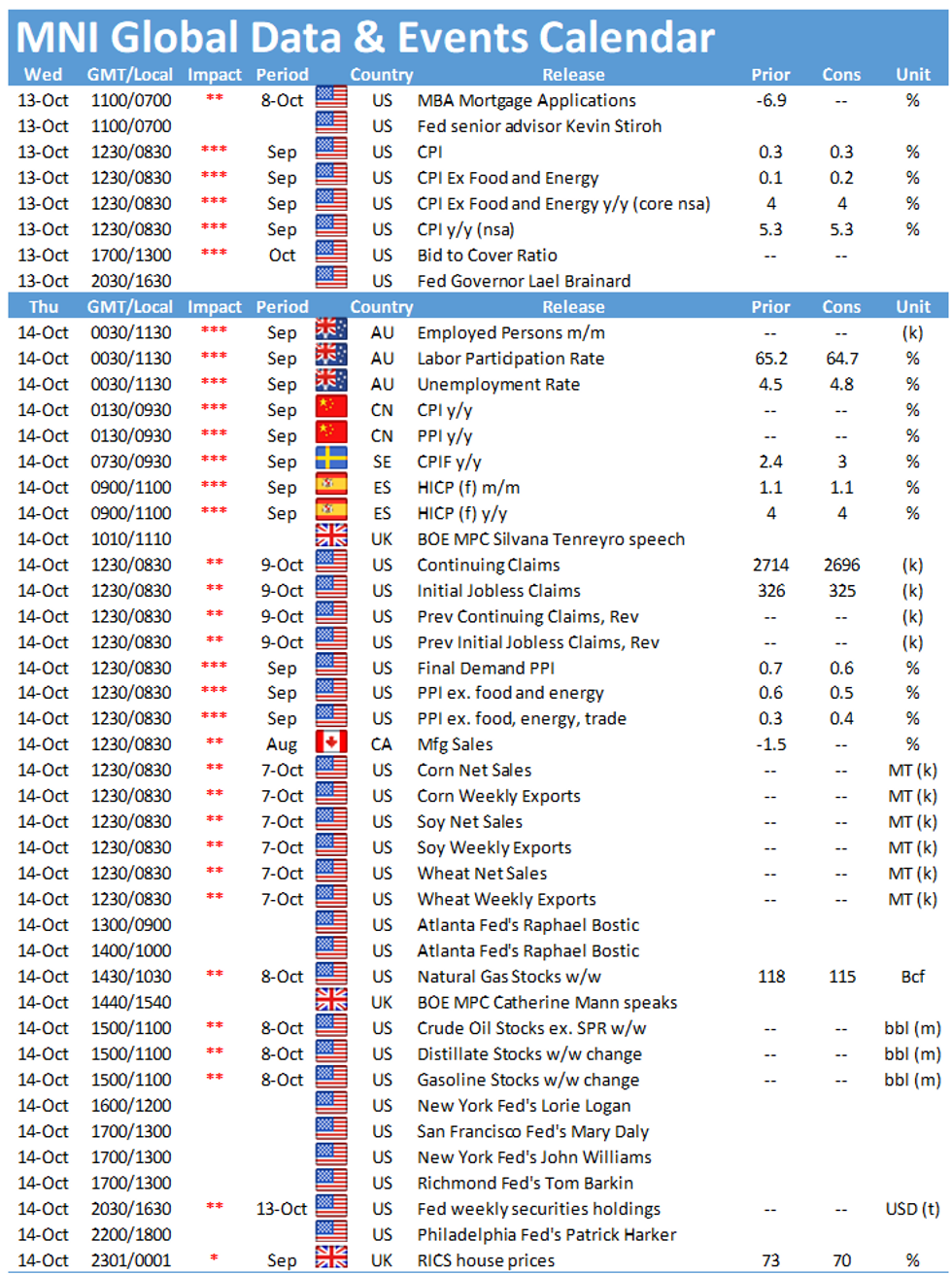