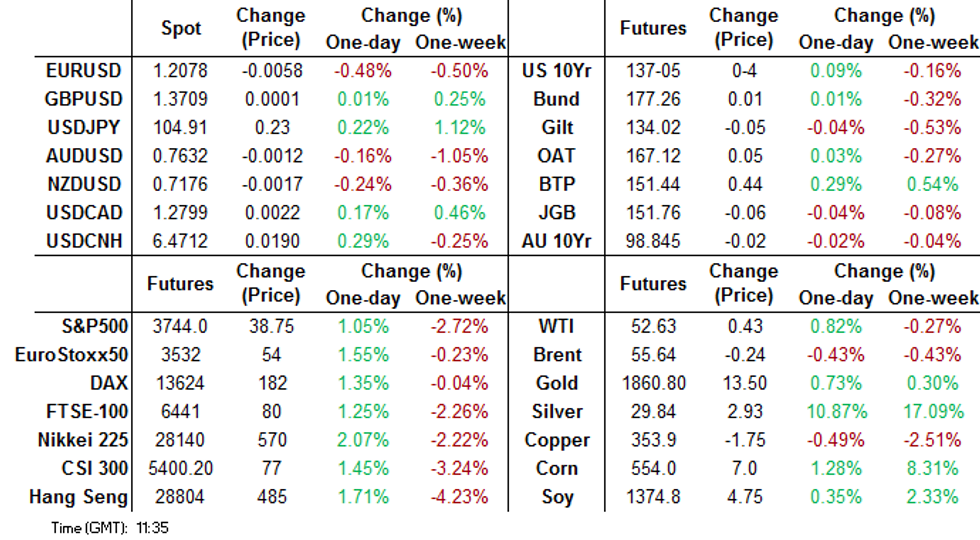 US TSYS SUMMARY: Range Trade Ahead Of ISM

Treasuries have opened the month with sideways trading within Friday's ranges and a bit of bear steepening in the curve, ahead of ISM data and Fed speakers.

Periphery EGBs have rallied this morning while core European sovereign bond markets have started the week on a quiet note.

Cyprus has mandated Barclays, BNP Paribas, J.P. Morgan, Morgan Stanley and SocGen to lead manage a single-tranche EUR 5-Yr benchmark. "The transaction is expected to be launched in the near future subject to market conditions."

Finland has mandated BofA Securities, Credit Agricole CIB,CITI, Danske Bank and Nomura to lead manage its forthcoming EUR3bln (no-grow)30yr benchmark transaction. The transaction will have a 15 April 2052 maturity and is expected to be launched in the near future subject to market conditions.

The EUR is among the poorest performers in G10 early Monday, with the USD gaining after a series of disappointing data releases from the Eurozone. Firstly, German retail sales saw a considerable miss, with December sales falling to -9.6% vs. Exp. -2.0%, which also saw the November release revised lower. This was followed up by a miss of forecast for PMI Numbers from Spain, which saw some further weight go through.

EUR/USD pullback is yet to test the next key support level, which today crosses at the Jan18 low of 1.2054.

Elsewhere, GBP trades well, with EURGBP hitting new 2021 lows this morning of 0.8805. This marks the lowest level for the cross since May 2020.

CHF is the poorest performer in G10, with EUR not far behind. USD and GBP are among the strongest.

Focus turns to ISM data later today, with markets seeing Manufacturing ISM broadly inline with the prior month at 60.0. Speeches are also due from Fed's Kashkari, Kaplan and Bostic.

Friday's CFTC release showed markets trimmed the GBP net position by the largest margin among DM, with the net long as a % of open interest dropping to 5.2% from 9.3% previously. 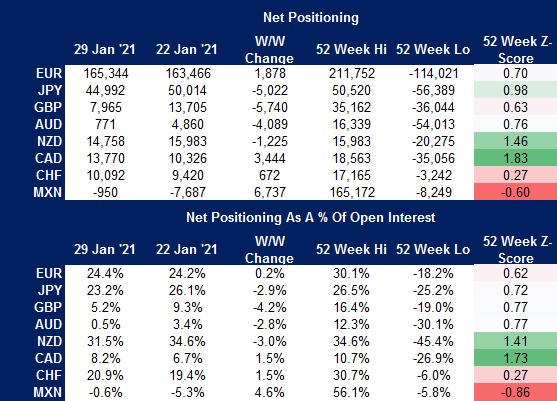 Continental stock markets are higher across the board early Monday, with the EuroStoxx50 adding 1.3% at the midpoint of the trading day. Spanish, Italian markets are lagging slightly, but still trade higher by 0.6% apiece.

Across Europe, the materials and tech sectors are trading well, with the former receiving a boost from the gap higher in silver prices. Silver trades higher by close to 10% as the wave of retail buying switched from single stock names to silver over the weekend.

In the US, the e-mini S&P is higher by 35 points or so at pixel time, to rise back above the 50-dma after Friday's close below was the first since late October. Friday's high is still a way off at 3777.25.

Earnings again in focus this week, with consumer discretionary and healthcare in focus. 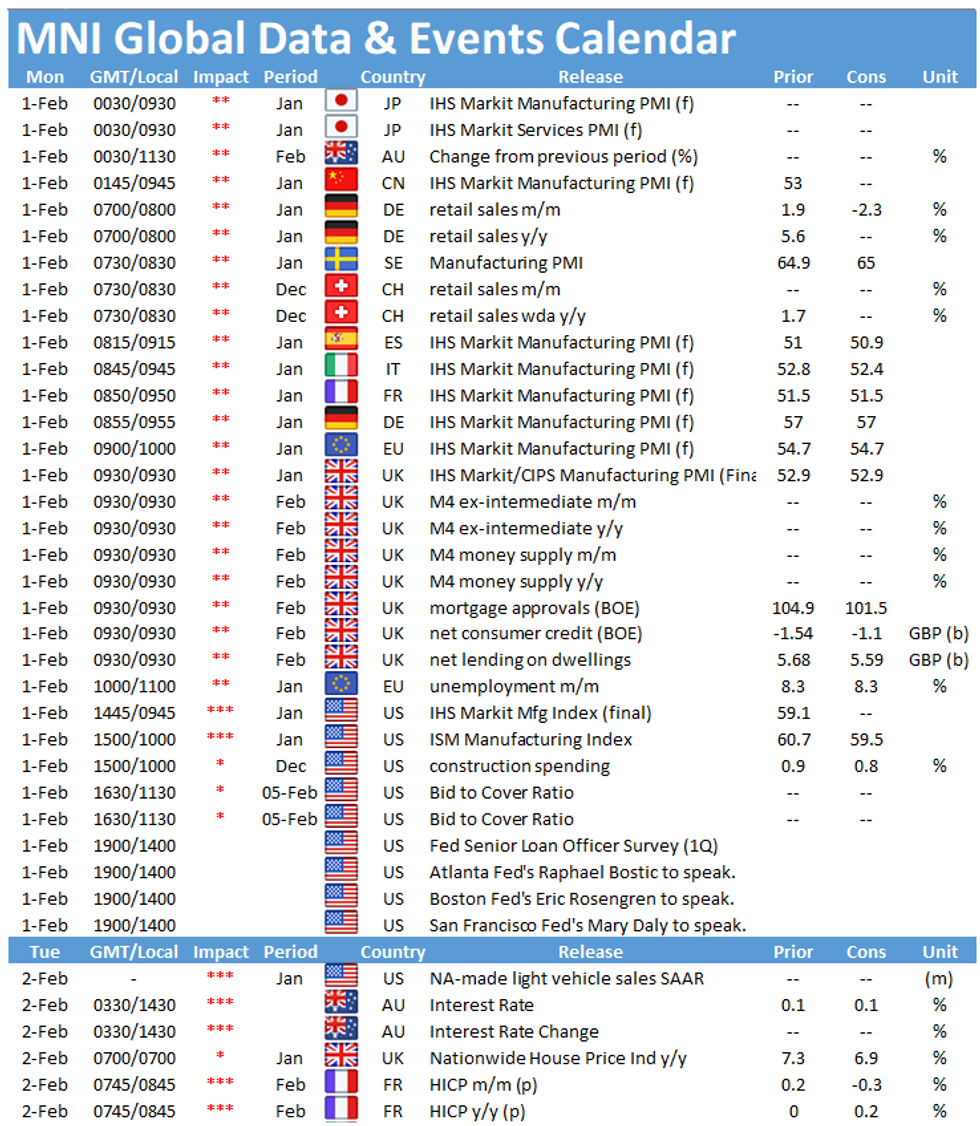