TAIWAN (BBG): Taiwan Turmoil Prompts Detours, Delays for Global Shipping
Gas suppliers are rerouting or reducing speed on some liquefied natural gas vessels currently en route to North Asia, according to people familiar with the matter. Shipments to Taiwan and Japan this weekend will be affected, said the people, who requested anonymity as the information isn’t public.

UK (MNI): NIESR Sees UK Recession, Bank Rate Holding At 3%
The UK will slip into recession later this year and the Bank of England will raise its benchmark rate will to 3.0% from the current 1.25%, stay there until the end of its three-year forecast horizon, the National Institute of Economic and Social Research forecasts Wednesday. Markets have fluctuated between showing the policy rate peaking at 2.5% or close to 3.0% but have assumed that it would soon dip lower but NIESR sees the Bank of England having to hold it at 3% to get inflation down to target and to keep it there despite the looming recession.

UK (The Times): Liz Truss has extended her lead over Rishi Sunak in the Conservative leadership race to 34 points, with 60 per cent of party members now saying they will vote for the foreign secretary to succeed Boris Johnson as prime minister. A YouGov poll for The Times and Times Radio found that almost nine in ten Tory members had made up their minds. Twenty-six per cent said they would support Sunak. The rest were undecided or said they would not vote.

FRANCE (BBG): France to Cut Atomic Output as Europe’s Power Crisis Worsens
Electricite de France SA said it’s likely to extend cuts to its nuclear reactor output as scorching weather pushes up river temperatures, bringing the energy crisis in the European Union’s second-largest economy into sharp focus. Europe’s biggest producer of atomic energy, which is usually a net exporter of power for most of the year, is importing this year.

Highlights from the press release: 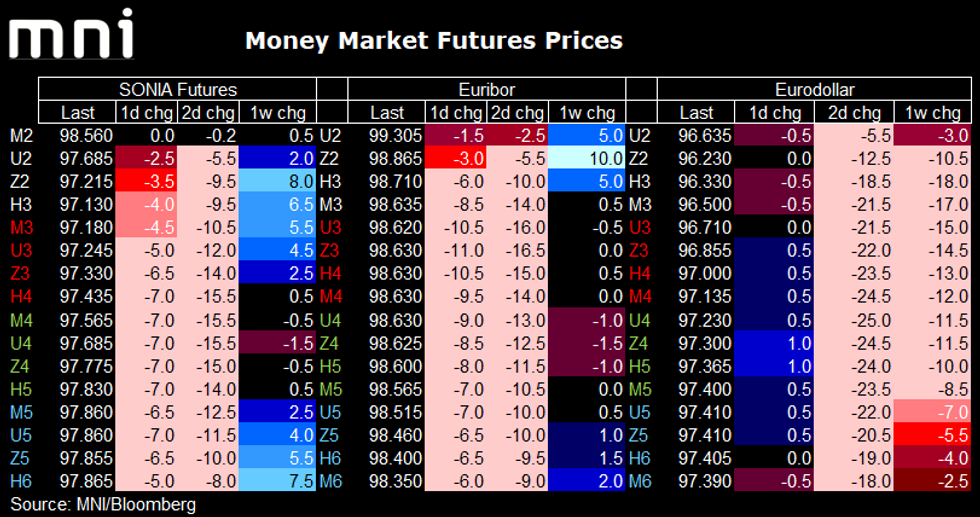