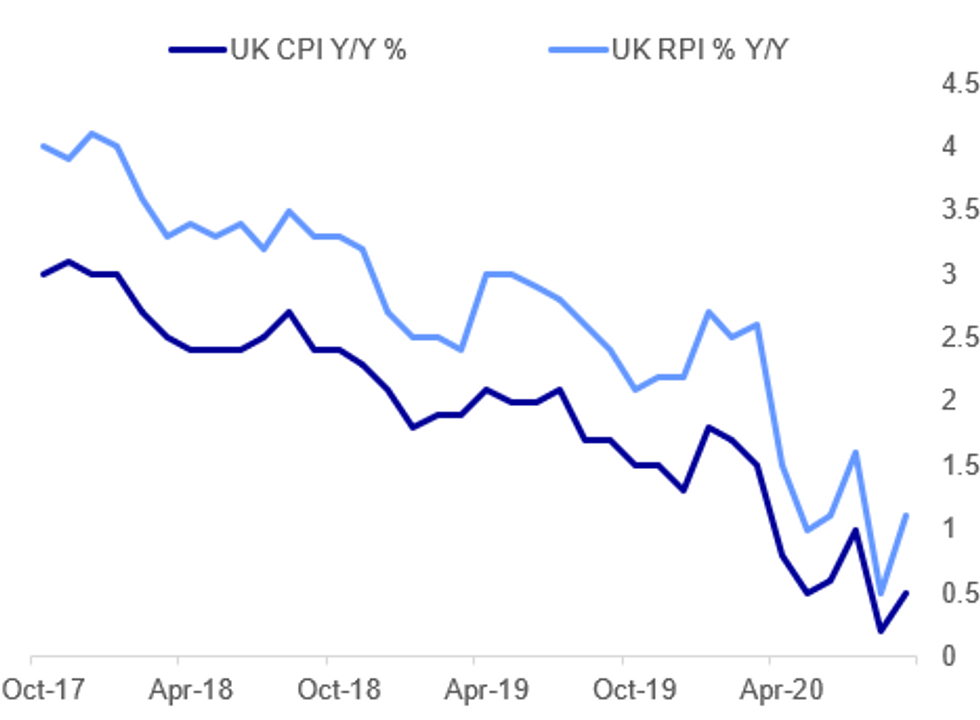 US (BBG): Treasury Secretary Steven Mnuchin and House Speaker Nancy Pelosi will try Wednesday to bridge remaining gaps in their talks over comprehensive coronavirus relief, blowing past Pelosi's self-imposed Tuesday deadline amid signs of progress toward a pre-election deal.But Senate Majority Leader Mitch McConnell, who is pressing ahead with his own, more targeted plan, warned the White House against agreeing to anything akin to Pelosi's more sweeping proposal. The speaker agreed to continue talking beyond her original Tuesday cut-off, saying an agreement with the Trump administration needs to be done by the weekend to get a bill passed by the end of next week, ahead of Election Day Nov. 3.

UK: Tom Newton Dunn at Times Radio tweets: "There is deep doubt among Govt scientists that Tier 3s will work because cases now so high in them. Plans are being actively worked up by Chris Whitty for local 3 week circuit breaker lockdowns in Tier 2 as well as Tier 3 areas across England next month, TimesRadio has learned."
* Hospital admissions from COVID-19 stood at an average of 241 per day across week to Oct 18 in NW England, and at 185 per day in NE England and Yorkshire(the regions where tier 3 restrictions have been put in place in some areas). * In London, under tier 2 restrictions, average daily hospital admissions forCOVID-19 stood at 78 over the week leading to Oct 18.

UK DATA: Y/Y inflation ticked up in Sep to 0.5%, falling slightly short of market expectations looking for an increase to 0.6%. Core inflation edged up to 1.3%, hitting a two-month high. The largest upward contributions arose from transport and restaurants and hotels. The end of the Eat Out Help Out scheme led to an increase of prices in restaurants. According to the ONS inflation would have been 0.8% in Aug without the scheme and the VAT cut which is still in place. Air fares showed the biggest upward contribution within transport as fares didn't fall as much as a year ago. The ONS noted that car sales increased as consumers are trying to avoid public transport. Output inflation declined for the sixth consecutive month, falling by 0.9%, while input inflation eased for the eighth successive month, recording -3.7% in Sep. Petroleum products revealed the largest downward contribution to output inflation, while the biggest negative contribution to input inflation came from crude oil.

UK DATA: Underlining the fiscal challenges UK authorities face in the wake of the Covid-19 pandemic, the country's debt-to-GDP ratio soared to a 60-year high in September, data released Wednesday by the Office for National Statistics showed. Public debt (public sector net debt excluding public sector banks, PSND ex) rose by 259.2 billion in the first six months of the financial year to reach 2,059.7 billion at the end of September 2020, or around 103.5% of gross domestic product (GDP); this was the highest debt to GDP ratio since the financial year ending (FYE) 1960.

BOJ (MNI INSIGHT): The Bank of Japan sees no current need for a strategy review that would include studying forward guidance and a widening of its communication tools with markets as economic and financial conditions don't yet warrant a change, MNI understands. For full article contact sales@marketnews.com

Optimism on both a Brexit deal and that US stimulus talks are not completely dead have helped sentiment this morning with fixed income markets lower, although they have they have retraced some of their losses.

The to-and-fro of Brexit talks continue to exert influence on GBP, which is outperforming all others in G10 early Wednesday. EU negotiator Barnier appeared to formally agree on and assert UK sovereignty, removing a further blockage to the resumption of trade talks between the two parties. While rules surrounding fisheries and a level playing field still need to be agreed on, the market is still erring toward the likelihood of a deal.

The USD is still on the backfoot, prompting another multi-week low in the USD index. The move lower in the greenback comes despite weaker equities today, with US futures indicating a lower open later today.

EQUITIES: Weakening After A Strong Start

A weak start to equities in European trading, following a fairly strong start. No particular catalyst seen, but market participants clearly awaiting further clarification on the US fiscal stimulus outlook. 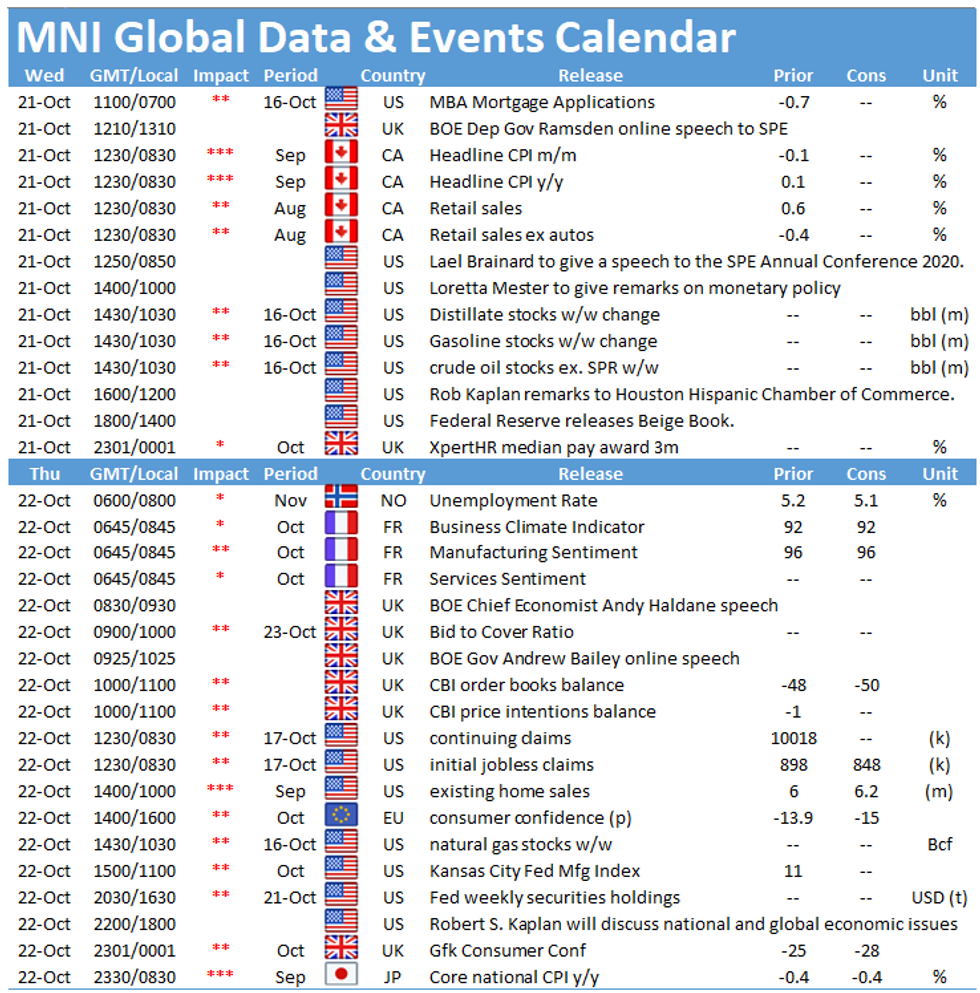