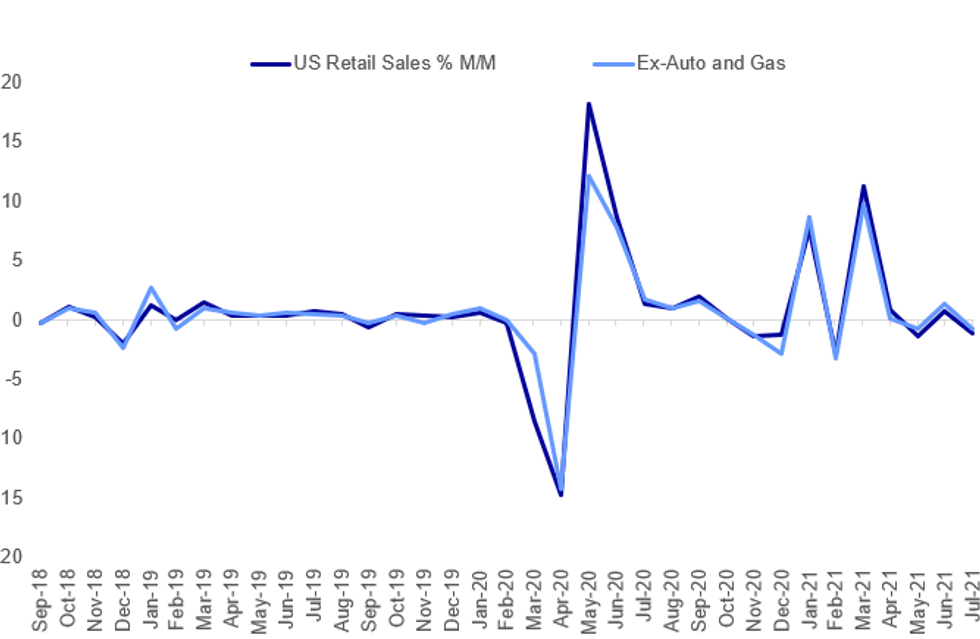 FED (WSJ): Sen. Elizabeth Warren (D., Mass.) is calling on regional Federal Reserve Banks to set rules that would prevent their leaders from trading individual stocks, following recent disclosures that the chiefs of the Boston and Dallas banks actively traded stocks and other investments last year. "The controversy over asset trading by high-level Fed personnel highlights why it is necessary to ban ownership and trading of individual stocks by senior officials who are supposed to serve the public interest," Ms. Warren wrote in letters addressed to the leaders of the 12 regional Fed banks.

ECB (BBG): The economic outlook of the euro area is overshadowed by production bottlenecks and the prospect of a worsening pandemic, European Central Bank Governing Council Member Olli Rehn says. Growth, while "robust," needs "support from economic policy". Monetary policy is needed "to maintain favorable financing conditions for a sufficiently long period for the economy to continue its recovery and to offset the negative impact of the pandemic on inflation," Rehn says in statement. "Factors contributing to the rise in inflation are the low price level of a year ago, which is the reference point for the comparison, and the increase in prices of raw materials, as well as various pandemic-related production bottlenecks. These are expected to be largely temporary factors". Says that "even though a rise in interest rates is not yet within sight, it will nevertheless one day take place".

BOJ (MNI INSIGHT): The Bank of Japan will be careful not to unnerve markets when it attempts to scale back emergency pandemic measures to support corporate financing and liquidity after the government eases Covid restrictions as early as the fourth quarter this year, MNI understands. For full article contact sales@marketnews.com

JAPAN: Japan's government has lowered its main economic assessment from the previous month for the first time since May and also lowered its assessment on private consumption and industrial production, the Cabinet Office said on Thursday. Japan's economy is picking up, "although the pace has weakened" because of the severe situation from the spread of the novel, or Delta variant, coronavirus, the government said.

EU / US: The AUKUS working group alliance between Australia, the United Kingdom, and the United States - announced by President Biden and Prime Minsters Boris Johnson and Scott Morrison last night - is intended as a tripartite body that can increase US and UK military cooperation with Australia and boost Western-oriented military power in the Indo-Pacific region. However, already the group is making enemies among nations and groups expected to be allies. France has lambasted Canberra for reneging on an EUR50bn deal with French defence manufacturer Naval Group for up to 12 diesel-electric submarines.Instead, Australia will develop nuclear submarines using US and UK technology. Defence Minister Florence Parly and Foreign Minister Jean-Yves LeDrian stated that the move was "contrary to the spirit and letter of the cooperation between France and Australia". The EU is likely to view the AUKUS alliance as a snub, given that the bloc isdue to announce its own strategy on defence and security in relation to theIndo-Pacific today.

U.S. FISCAL (BBG): President Joe Biden's economic agenda risks getting delayed by weeks or months in Congress with tax, health care and other issues still unresolved and continued squabbling between the Democratic Party's progressive and moderate wings. House committees on Wednesday wrapped up work on significant portions of the package, including $2.1 trillion in tax increases to help pay for the biggest expansion of social welfare programs in decades. That technically meets the Democrats' self-imposed deadline, but the action belies the obstacles still ahead that threaten to diminish Biden's ambitious proposals and put off votes on them in the House and Senate. "Some folks have issues on climate change, some people have issues on tax and some people have issues on health care," said Senator Chris Murphy, a Connecticut Democrat, adding that he thinks Democrats ultimately will agree on a package.

UK (BBG): Winter blackouts are now a real possibility after a fire took outa key cable that ships electricity to the U.K. from France. Electricity is now so scarce in Britain that any more grid mishaps or unexpected plant outages could leave millions without power. Even before the fire, National Grid Plc's buffer of spare winter capacity was set to be the smallest for five years. "If we don't start to remedy the situation we are going to be facing blackouts this winter," Catherine Newman, chief executive officer of Limejump Ltd., a unit of Royal Dutch Shell Plc, said Thursday on Bloomberg TV. "If things don't start to reverse soon we will see industry getting turned off across the board."

No key data released in the European morning session.

Core fixed income is under pressure this morning as equities inch higher but there is little in the way of new macro news driving markets. 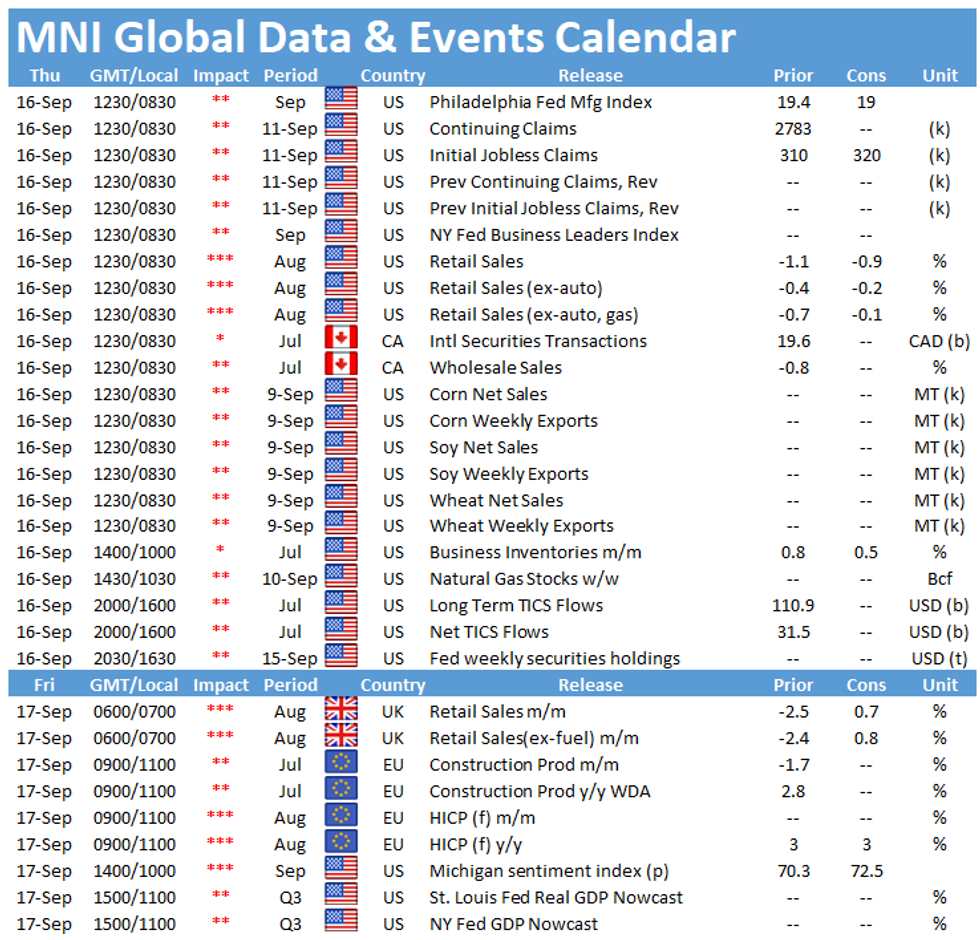