Jay Powell's probability of reconfirmation as Fed Chair fell to as low as 43% on PredictIt in the last couple of hours - triggered by The American Prospect publishing a piece titled "Jerome Powell Sold More Than a Million Dollars of Stock as the Market Was Tanking". 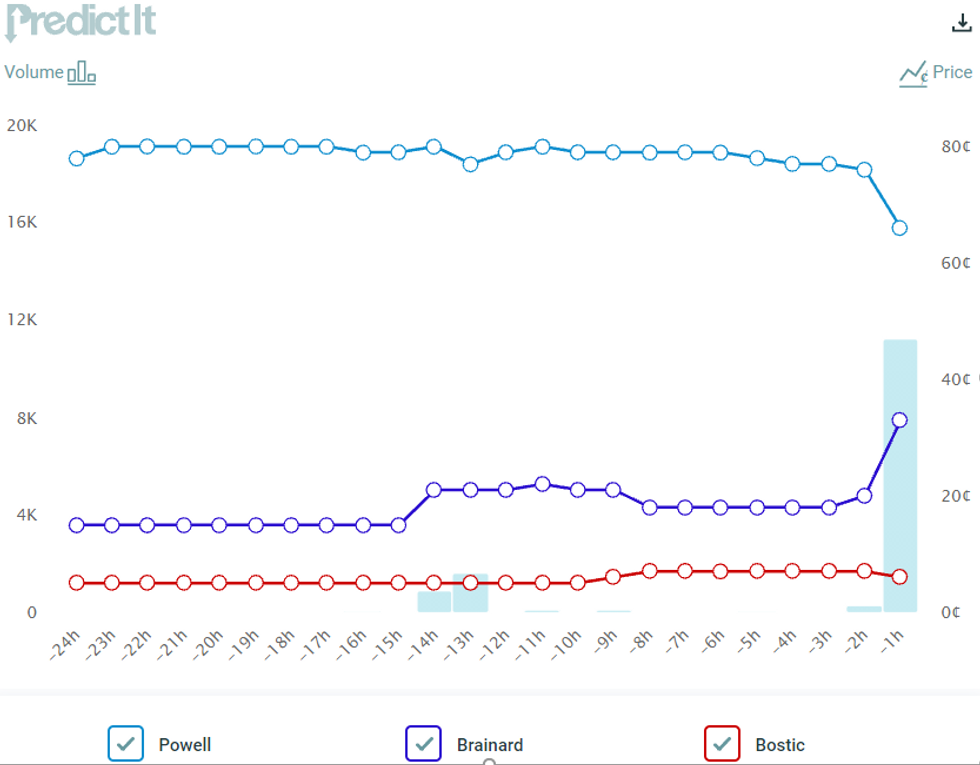 "Intraday Implied %Prob: "Whom will the Senate next confirm as Chair of the Federal Reserve?"Source: PredictIt