Earlier today, for the first time since May, Republican Donald Trump was given a higher implied probability of victory in the presidential election than his Democratic opponent Joe Biden, albeit for only a brief period of time according to data from betdata.io. 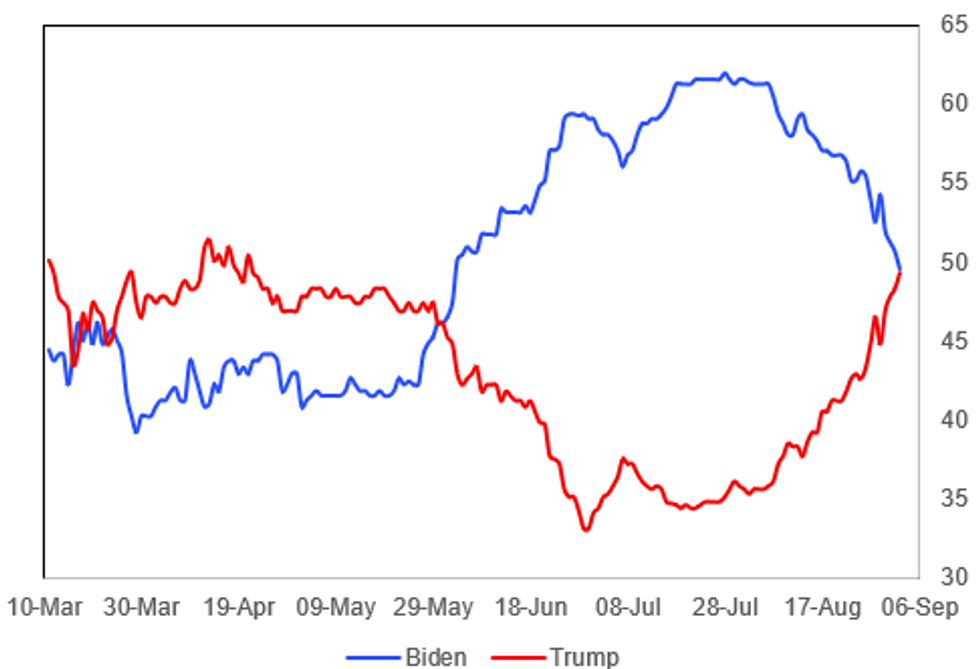