USD/KRW Remains Stuck In A Range

/CHINA: Biden To Speak With Xi Thursday As Tensions Over Taiwan Worsen

A Big Day For ACGBs (And The RBA)

MNI STATE OF PLAY: Fed To Lift Rates By Another 75 bps

The UK's governing centre-right Conservative Party has suffered one of its most notable by-election shocks in living memory, losing the previously rock-solid seat of Chesham and Amersham to the centrist Liberal Democrats. The Liberal Democrats overturned a Conservative majority of over 16k, in the end winning by the comfortable margin of 8,028 votes. 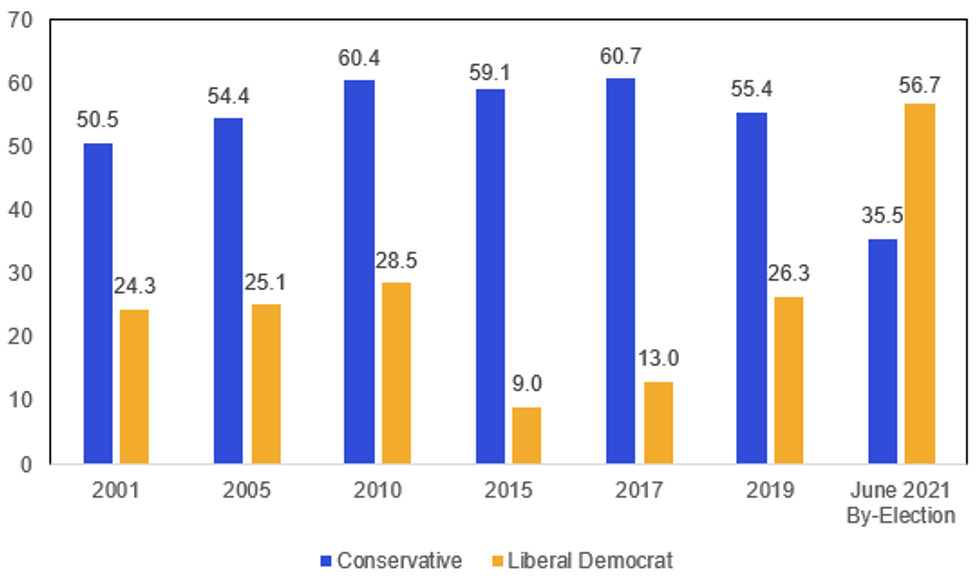