Swiss consumer confidence improved further in April, rising to the highest level since the beginning of the pandemic, Swiss stats agency Seco said Tuesday. Expectations for the economic situation in the next 12 months increased significantly, while the intentions to make major purchases also rose.

Consumer's assessment of the labour marked edged up in April, although it remains significantly below pre-crisis levels, with the job security index unchanged in April. Moreover, households expect prices to rise further in the coming months, leaving consumer's opinion regarding their financial situation well below the long-term average.

The consumer confidence index rose to -7 in April, hitting the highest level since the start of the crisis and leaving the index only slightly below the long-term average (-5 points). 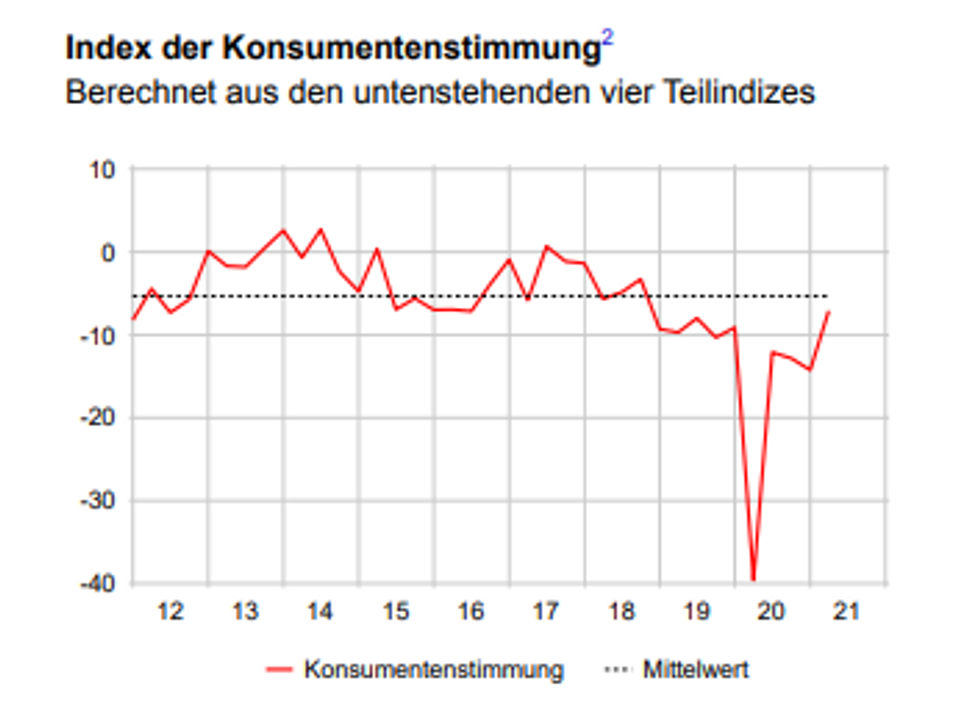