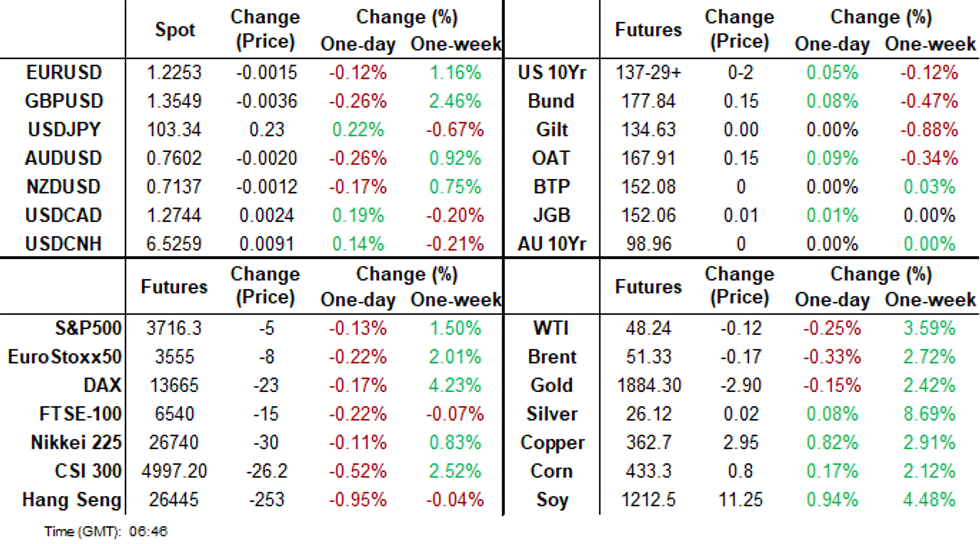 BOND SUMMARY: Rebalancing, When & How Much?

Cash Tsys are flatter as we head into London hours, with the space trading 0.2-2.7bp richer across the curve, as end-of-year focus remains zoomed in on fiscal developments in DC. T-Notes last +0-03 at 137-30+, sticking to a 0-05+ range thus far, recently firming on the back of a RTRS source piece which suggested that "the United States is set to add dozens of Chinese companies, including the country's top chipmaker SMIC, to a trade blacklist on Friday." There has also been some interest in rebalancing flows into year-end (which are seen as equity -ve, bond +ve), in addition to some worry re: the potential delay of a fiscal stimulus package in DC on the back of disagreement surrounding the re-appropriation of unused funds from the Federal Reserve's support schemes.

A stronger US dollar was the main driver of price action in Asia, moves exacerbated by thin volumes heading into year end. The DXY has edged away from its newly minted cycle lows during Asia-Pac hours, which has applied some pressure to USD crosses. A pullback from intraday lows for U.S. real yields has allowed DXY to rise in Asia.

A lack of headline flow (outside of those pointing to an increase in Sino-U.S. tension) and continued focus on the fiscal situation in DC made for a limited round of Asia-Pac trading on Friday, with the major regional indices unchanged to a touch lower.

Gold is marginally softer on the day, last trading a touch above $1,880/oz.

WTI & Brent sit $0.15-0.20 below their respective settlement levels after a softer USD supported crude on Thursday. 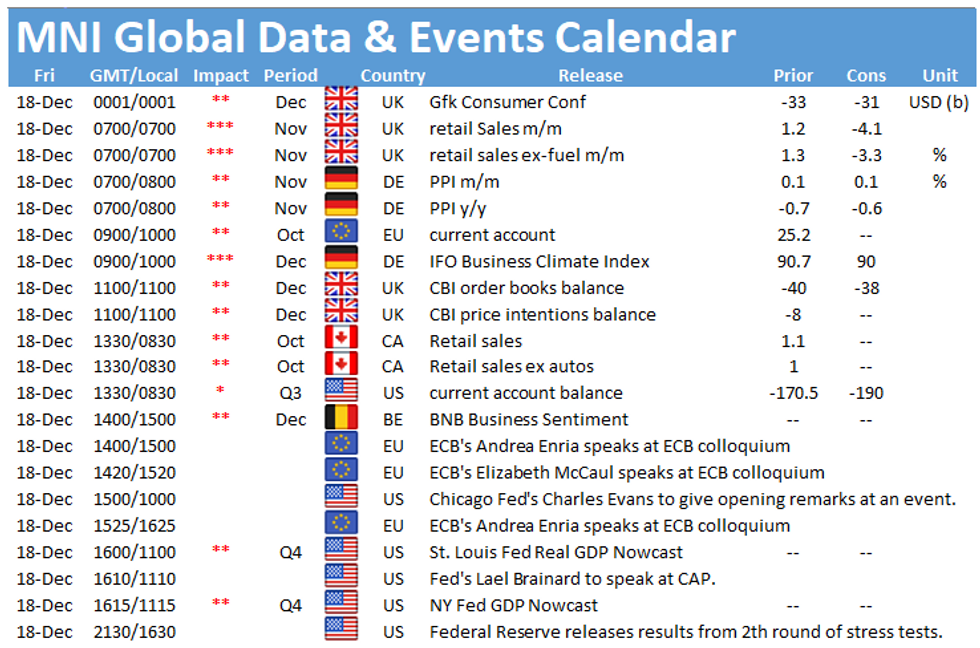