The data calendar remains quiet on Monday with the only data releases worth noting being the publication of Norwegian inflation at 0700GMT, Spanish industrial production at 0800GMT and the Canadian business outlook and consumer survey at 1530GMT.

Annual inflation decelerated in November to 0.7%, down from 1.7% recorded in the previous month. This marks the lowest level since March where inflation dropped to 0.7% as well. November's fall was mainly driven by lower energy prices. Similarly, the CPI-ATE slowed to 2.9%, down from 3.4% seen in October. In December markets are looking for a small uptick to 1.2% for the CPI, while the CPI-ATE is expected to accelerate to 3.1%.

Industrial output decelerated in October to 0.6% after growing by 0.9% in the previous month. October's growth rate marks the sixth successive positive reading. However, the second wave of Covid-19 and subsequent tighter restrictions are likely taking its toll on output. Moreover, Spain's manufacturing PMI declined in November before it shifted back to expansion territory in December. Nevertheless, the report noted that optimism rose to the highest level since July 2018 as hopes rise that business activity will improve once the pandemic is brought under control.

The autumn publication of the business outlook survey was conducted when Covid-19 cases were still low in August in September and when restrictions had been eased. As a result, the business outlook survey indicator recovered, although it remained well below pre-crisis levels. The autumn survey found that the pace of recovery is uneven across sectors and that on-third of businesses expect their sales to not return to pre-pandemic levels in the next 12 months. Credit conditions eased in autumn and investment intentions remained weak as uncertainty remained elevated. Moreover, businesses expect output prices and wages to grow only marginally as demand remains subdued. Infection rates started rise in autumn up to the new year and tighter restrictions had been put in place which will weigh on business sentiment in the winter survey.

The main events to look out for on Monday include speeches by BOE's Silvana Tenreyro and ECB's Christine Lagarde as well as Fed's Raphael Bostic and Dallas Fed's Rob Kaplan. 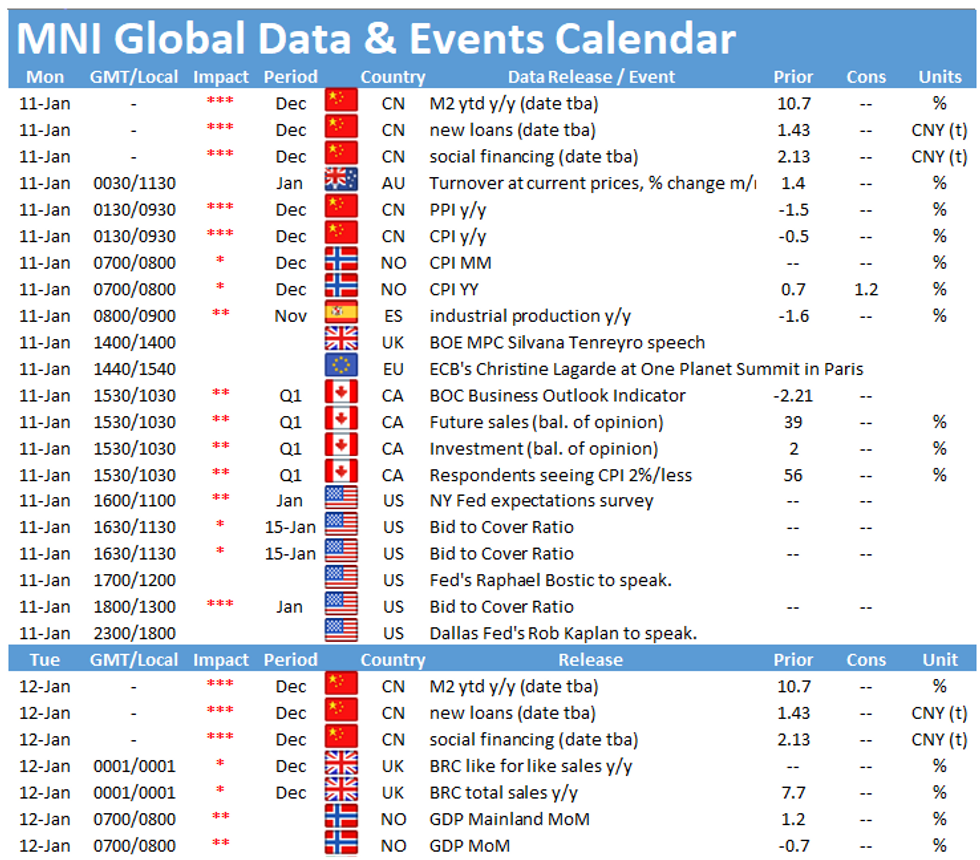