Thursday morning kicks off with the release of the French business climate indicator at 0745BST. At 1245BST the ECB rate decision will be closely followed. In the US, the release of initial jobless claims at 1330BST is the highlight of the day.

The French business climate indicator is forecast to remain unchanged at 113 in July after having risen sharply already in the past two months. The headline business climate index rose to 113 in June, its highest level since mid-2007. The increase was mainly driven by a solid gain in service and retail trade business climate in May and June, reflecting the reopening of the economy. The easing of restrictions continued in July with intra EU travel being possible, boding well with business sentiment. However, rising case numbers are rising due to the Delta variant which poses a downside risk in the coming months. 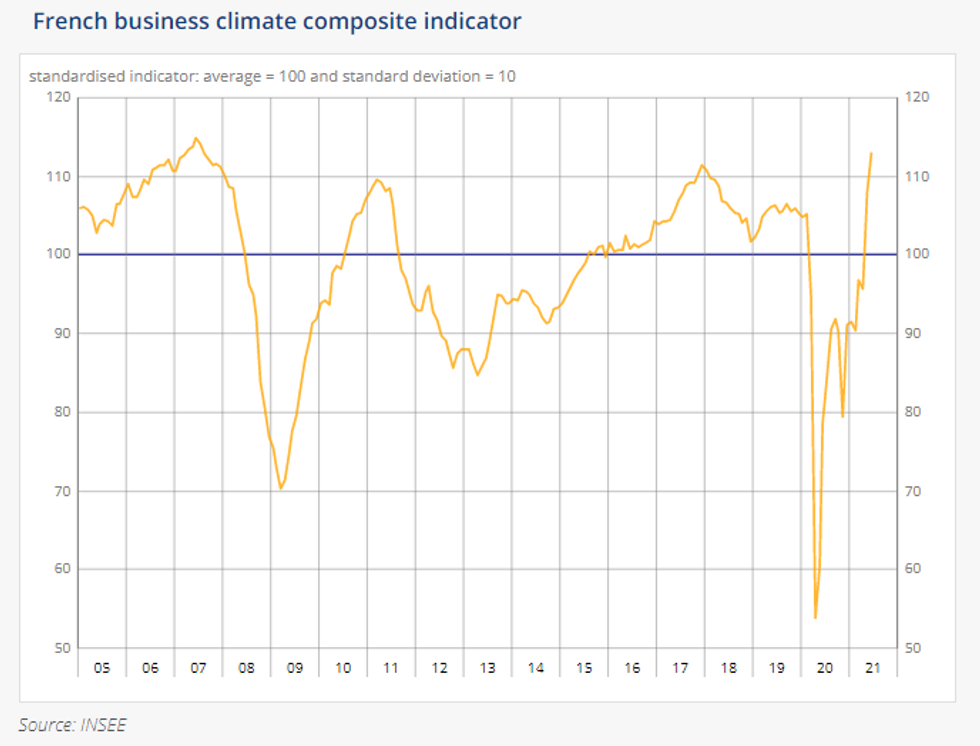 No changes expected at the ECB

The European Central Bank meets Thursday, with policymakers set to address their decision making process in the light of the recent policy strategy review.

There remains much debate as to how the central bank will react, but there is an expectancy that President Christine Lagarde will at least outline a change in the Governing Council's forward guidance to accommodate the change in the inflation target to a symmetrical 2% over the medium term and that policy action will likely be 'persistent and forceful'.

Although no change is expected in the main policy settings next week, there is an outside chance rate setters will discuss the introduction of new, possibly unspecified, tools, even if the actual use of anything outside the current toolbox is unlikely. The deposit rate will likely be maintained at -0.5%, with the envelope on the PEPP held at EUR1.85 trillion.

U.S. jobless claims data filed through July 17 should continue sliding to a post-pandemic low of 350,000, down 10k from a week earlier. Continuing claims should also drop to 3.050 million from 3.241 million a week earlier as a number of states that opted out of enhanced federal unemployment benefits are now reporting very low numbers of beneficiaries of federal programs.

The large states of Texas, Florida, Georgia, and South Carolina cut off the benefits at the end of June and should report much lower numbers this week.

The main events to look out for on Thursday are the press conference following the ECB rate decision and BOE's Ben Broadbent giving a keynote speech. 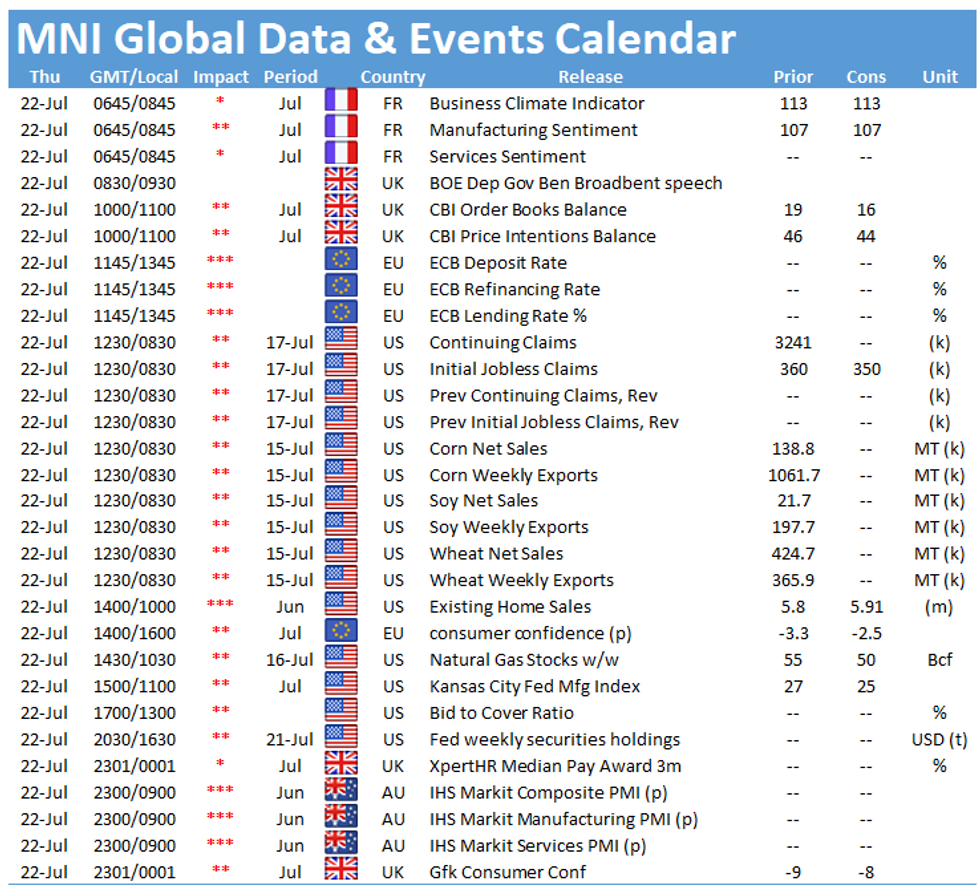