Latest opinion polling from Denmark shows the centre-left Socials Democrats of Prime Minister Mette Frederiksen retaining a sizeable lead over all other parties on 31% of the vote. The continued fragmentation on the right of Danish politics will only serve to boost the prospect of the governing centre-left minority gov't remaining in power, or even calling a snap general election after the pandemic to take advantage of the strong support for the party. 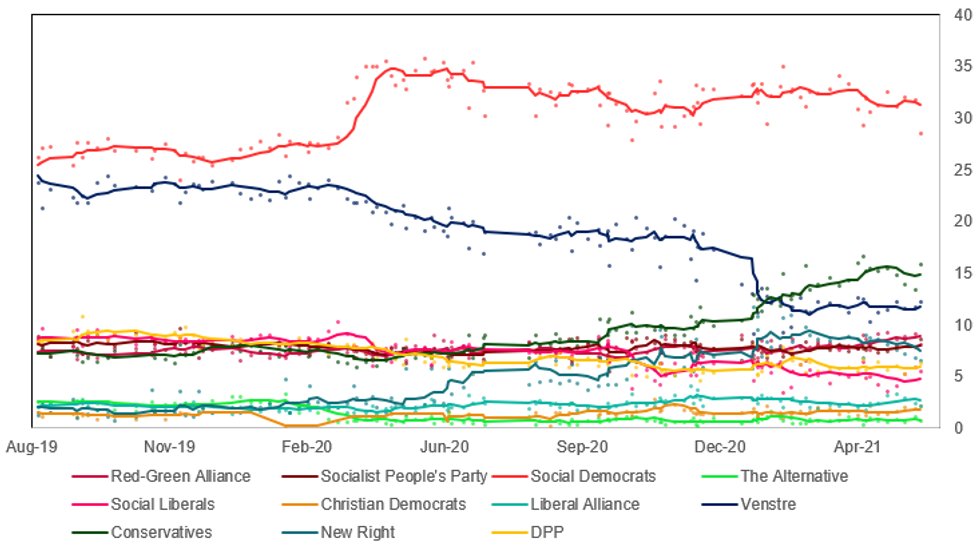