MNI INTERVIEW: BOC Can Hike 100 In Next 2 Meets- Ex-Gov Dodge

A few highlights (lowlights?) from July's Philly Fed survey- Fed implied hikes pared a few basis points on the back of the survey, which is definitely recessionary in tone: 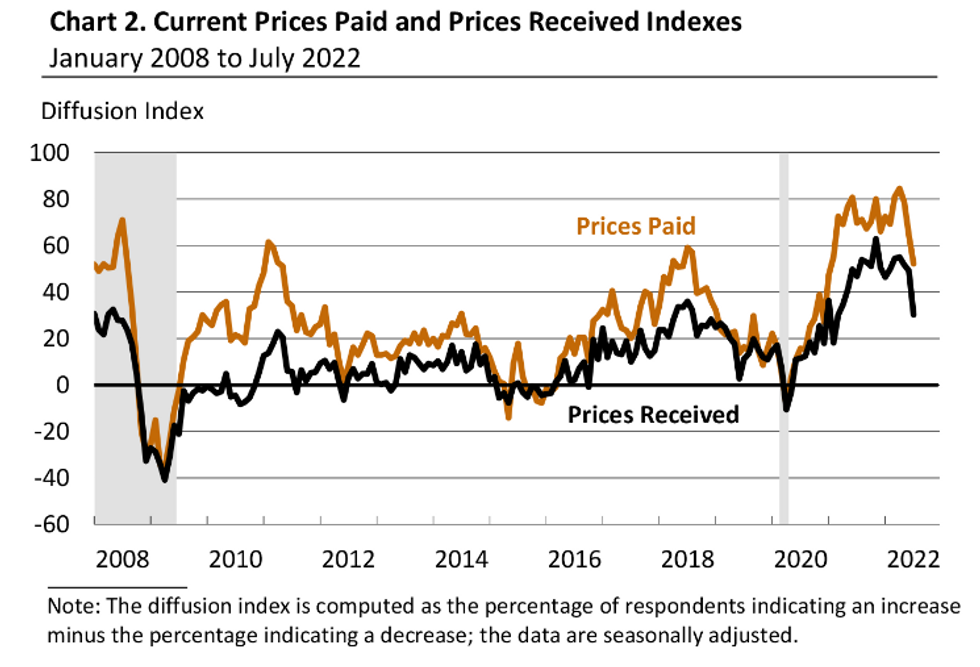 A few highlights (lowlights?) from July's Philly Fed survey- Fed implied hikes pared a few basis points on the back of the survey, which is definitely recessionary in tone: