Updated Barclays/Bbg Extension Estimates for US

13 Member States Hit 70% Having Had At Least One Vaccine Dose, But CEE Lags

Latest data from the European Centre for Disease Prevention and Control shows improving COVID-19 vaccination rates across the European Union and EEA, with 13 member states now having reached the European Commission's initial target of 70% having had their first dose. 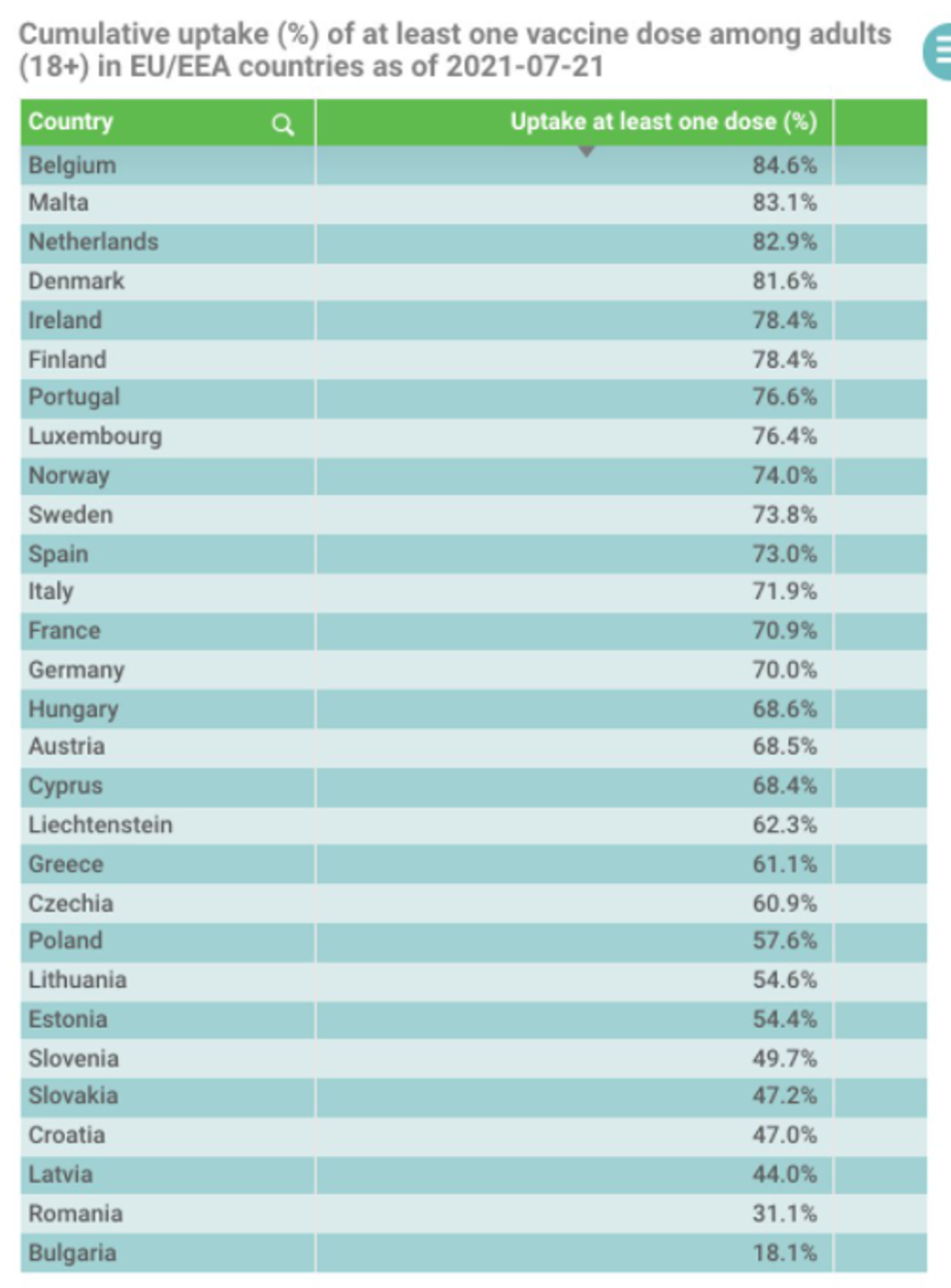