J&J Vaccine Pause in the US Prompts Risk Unwind

MNI BRIEF: All Fed Eyes On US CPI Data 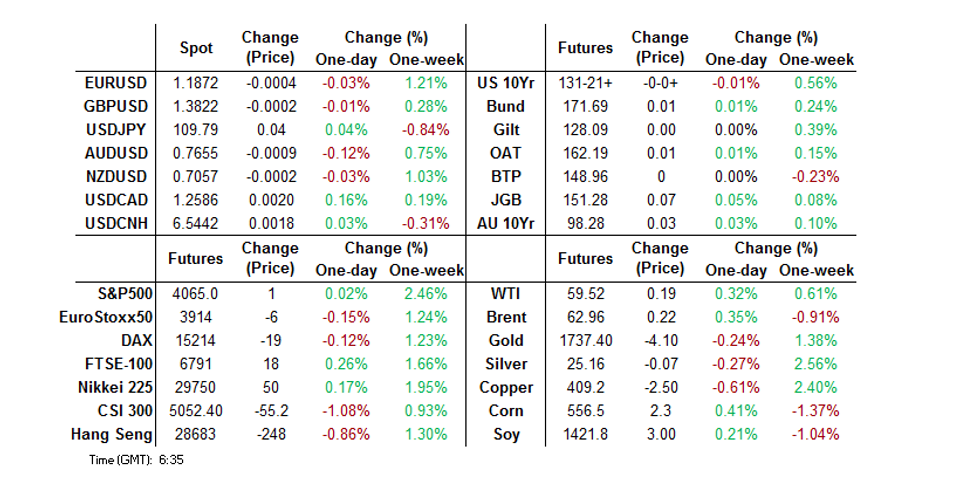 T-Notes dealt around unchanged levels for the duration of Asia-Pac trade, operating around late NY highs, last -0-01+ at 131-20+. Cash Tsys print around 0.5bp cheaper across the curve. Flow was headlined by a 10.0K block seller of the TYM1 133.00 calls, with a lack of notable headlines evident. The minutes from the most recent FOMC decision and a deluge of Fedspeak headline locally on Wednesday.

Narrow ranges for major FX in the Asia-Pac time zone, a brief dip lower in the greenback was reversed, DXY emerges from the Asia session marginally higher.

A brief dip lower in the greenback was reversed, DXY emerges from the Asia session marginally higher, most EM Asia FX gain though after a big move lower for the greenback yesterday.

Bonds supported after a decline in US yields spurred by strong data.

EQUITIES: Some Up, Some Down

A mixed picture in Asia-Pac markets after a negative lead from the US in lacklustre trade with the lowest volumes of 2021 so far despite the IMF upgrading global growth forecasts. Indices in Japan are in minor positive territory, recouping some of yesterday's losses, tech sector leads the way higher after Toshiba said it had received a proposal to go private in a $20 billion deal. Chinese bourses are the laggards, the CSI 300 nursing losses of over 1% for the second session, consumer staples weigh. Hang Seng Index lower as markets reopen after a three-day trading pause. US futures are mixed, Dow & S&P futures in minor positive territory, Nasdaq lower.

A slightly lower DXY and mixed U.S. real yields have allowed bullion to nudge higher over the last 24 hours or so, although bulls haven't been able to force a test of key resistance in the form of the Mar 18 high. Spot last deals just shy of $1,740/oz, a little off of Tuesday's best levels.

WTI & Brent have added $0.30 during Asia-Pac hours, after retreating from highs into the US close yesterday. 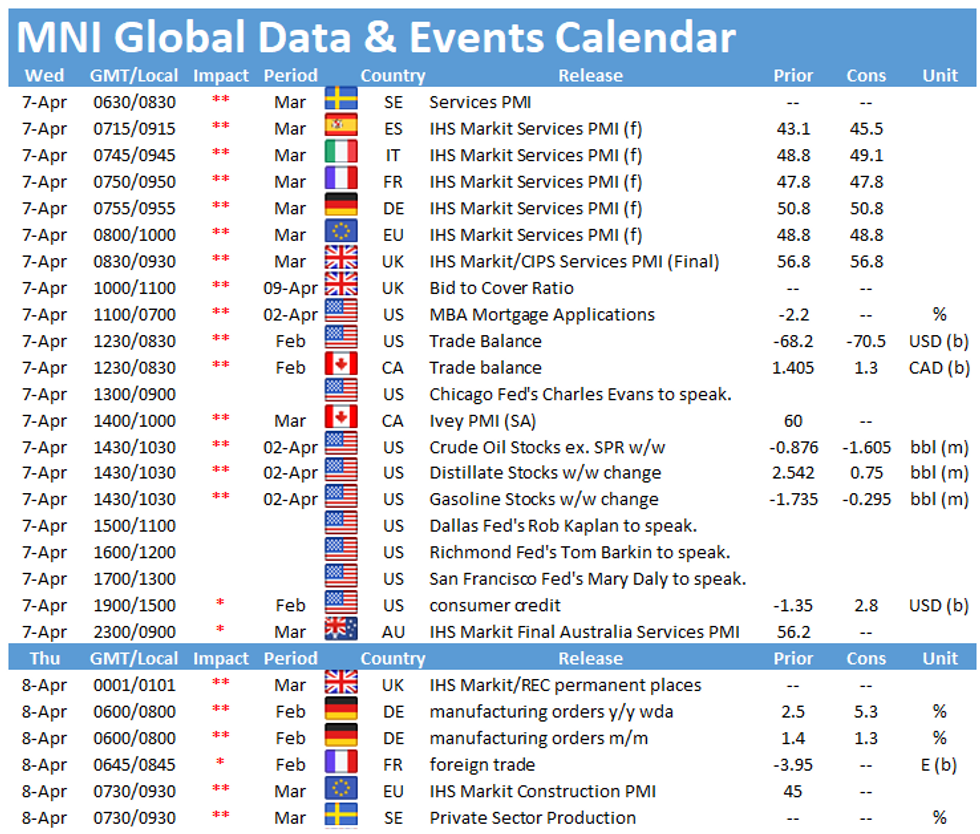