Powell On Whether 519k Jobs Growth Is Good Or Bad

AUD/NZD dips sub 1.0900 continue to be supported. The pair has been fairly steady around this level since early November. Yesterday we got close to the 1.0880 level post the rise in NZ inflation expectations, but this proved short lived. Bears will seek a break of this level to open up fresh downside. Some resistance appeared on moves above1.0920, but we are around this level currently. Beyond that is recent highs near 1.0980, and then the 200-day EMA a 1.1011. 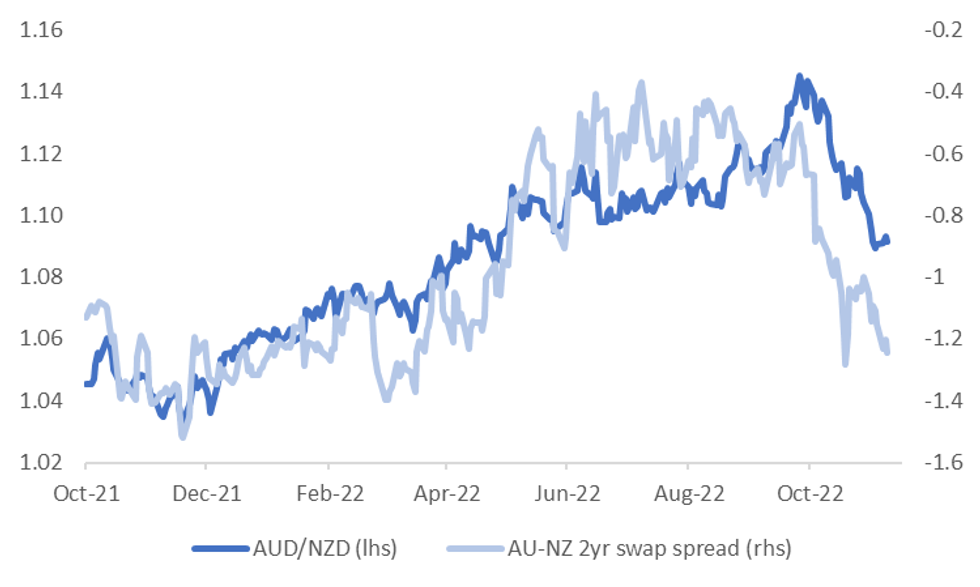