Remains Above The 50-Day EMA

The deadline for replacing candidates in the Philippines' 2022 elections expired on Monday. Last-minute reshuffle leaves President Duterte running for the Senate, his daughter seeking vice-presidency and the son of the late dictator Ferdinand Marcos as a favourite to become the next President.

Fig. 1: Who Will Be Elected President Of The Philippines In 2022? 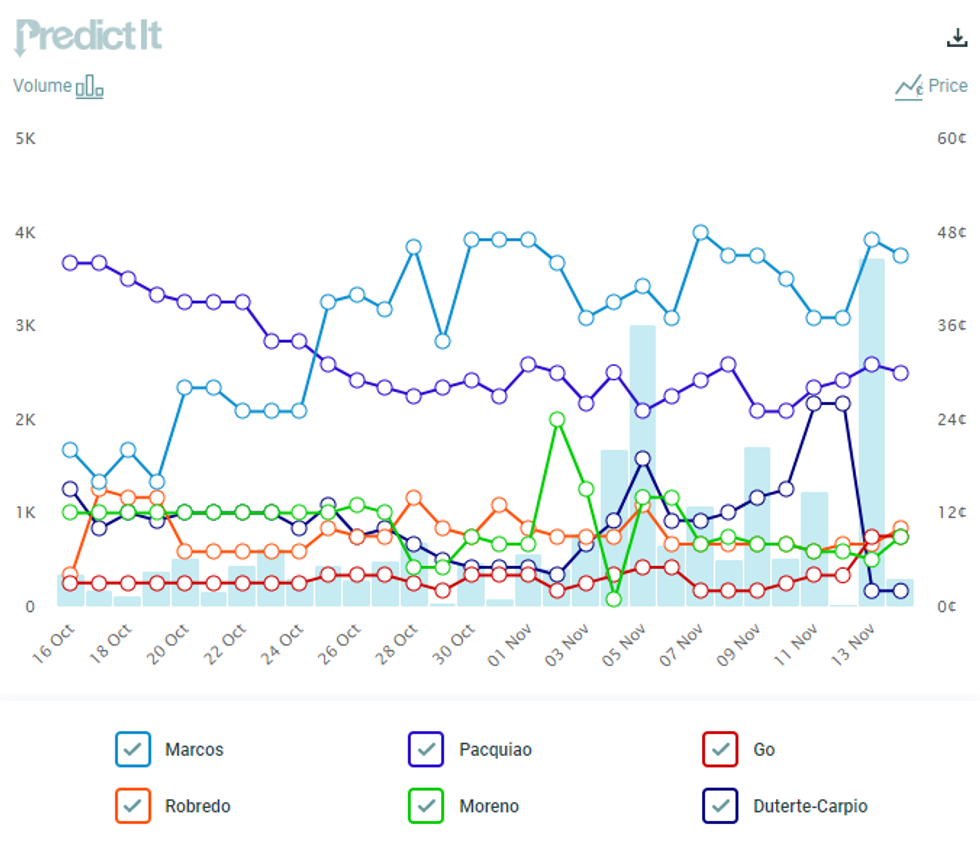