MNI BoJ Review - July 2022: As You Were Despite Short-Term Noise

A Little Lower In Asia; Clinging To Post-ECB Gains

Greece vs Bund, another 15bps tighter. 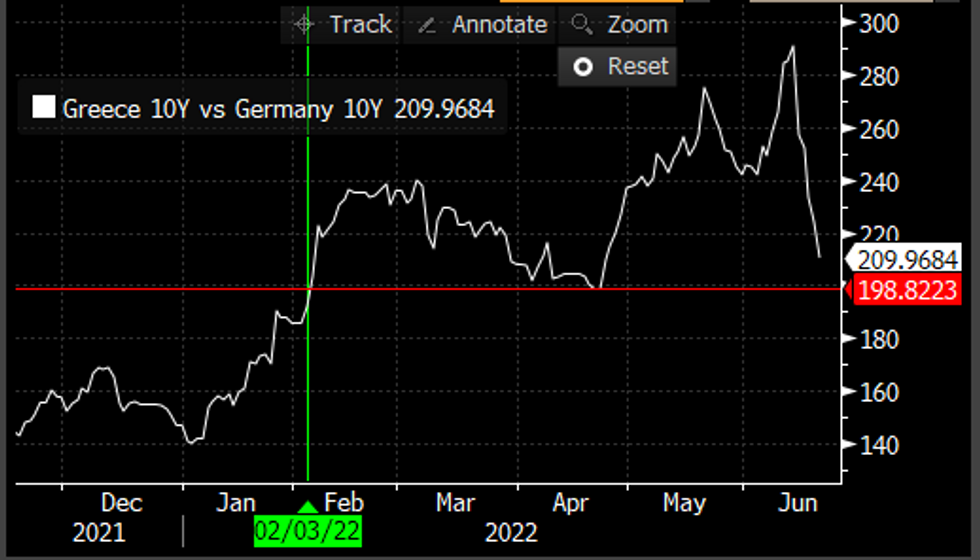