IS the beta on SONIA falling vs Euribor futures?

SONIA and Euribor have moved lower almost in unison today, both less than the moves in Eurodollar futures. 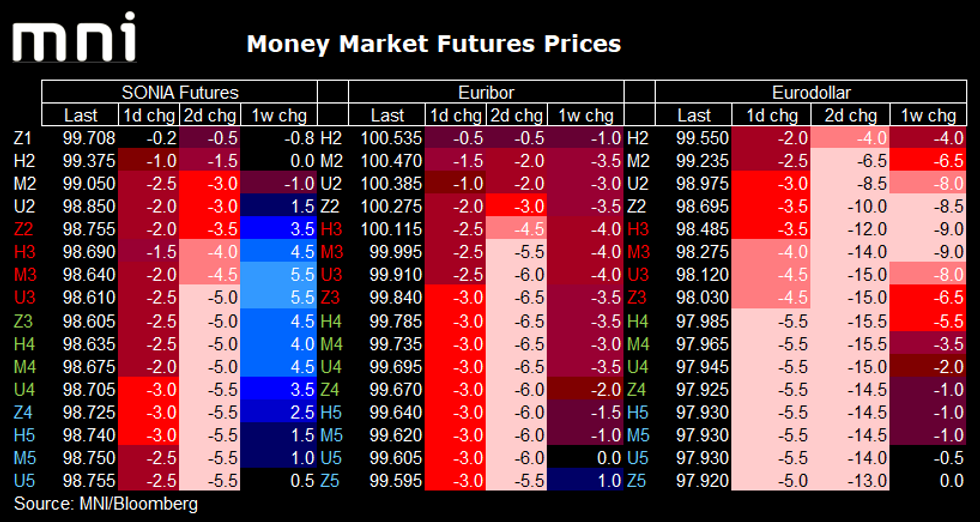