2-Year Korean government bonds offer a ~90bps pickup over US Tsys from the perspective of an FX-hedged US investor and even higher for equivalent domestic bonds for Australian, UK and European investors, with similar spreads for other developed currencies. Korean cross currency basis swaps remain negative and have recovered less even as others have narrowed back to pre-pandemic levels. USD/KRW XCCY have stayed relatively wide thanks to a number of factors including structural supply-demand imbalances with Korean shipbuilders and Korean investors in foreign stocks selling FX forwards. 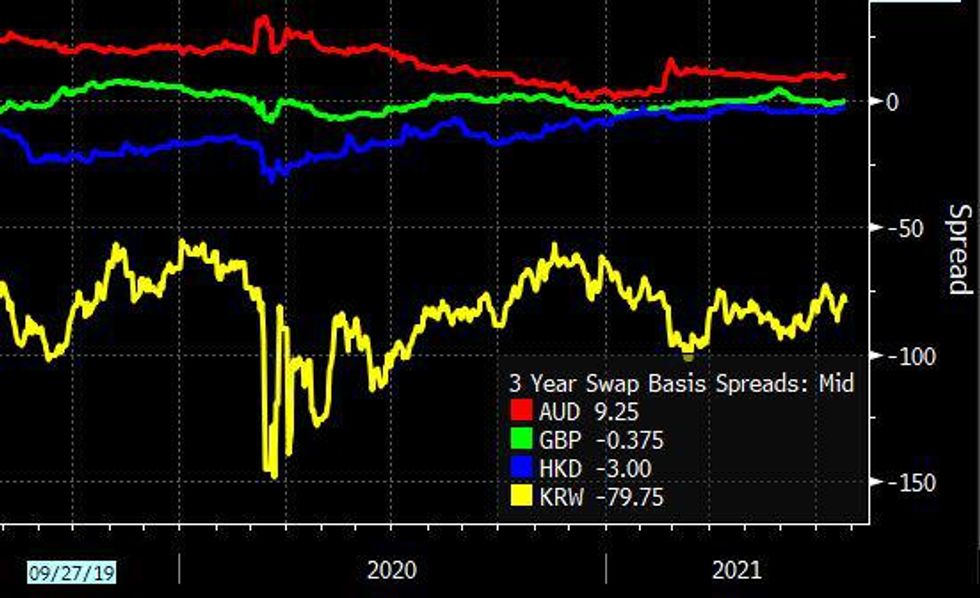