Little Change In Brexit Sticking Points Over Course Of Negotiations

Professor of Politics at Surrey University Simon Usherwood tweets the following graphic charting the nature of comments from the two chief negotiators seeking an EU-UK FTA; the EU's Michel Barnier and the UK's David Frost. The graphic lists the main areas of negotiation and identifies how frequently each man has made positive or negative comments regarding that are following each round of negotiations. 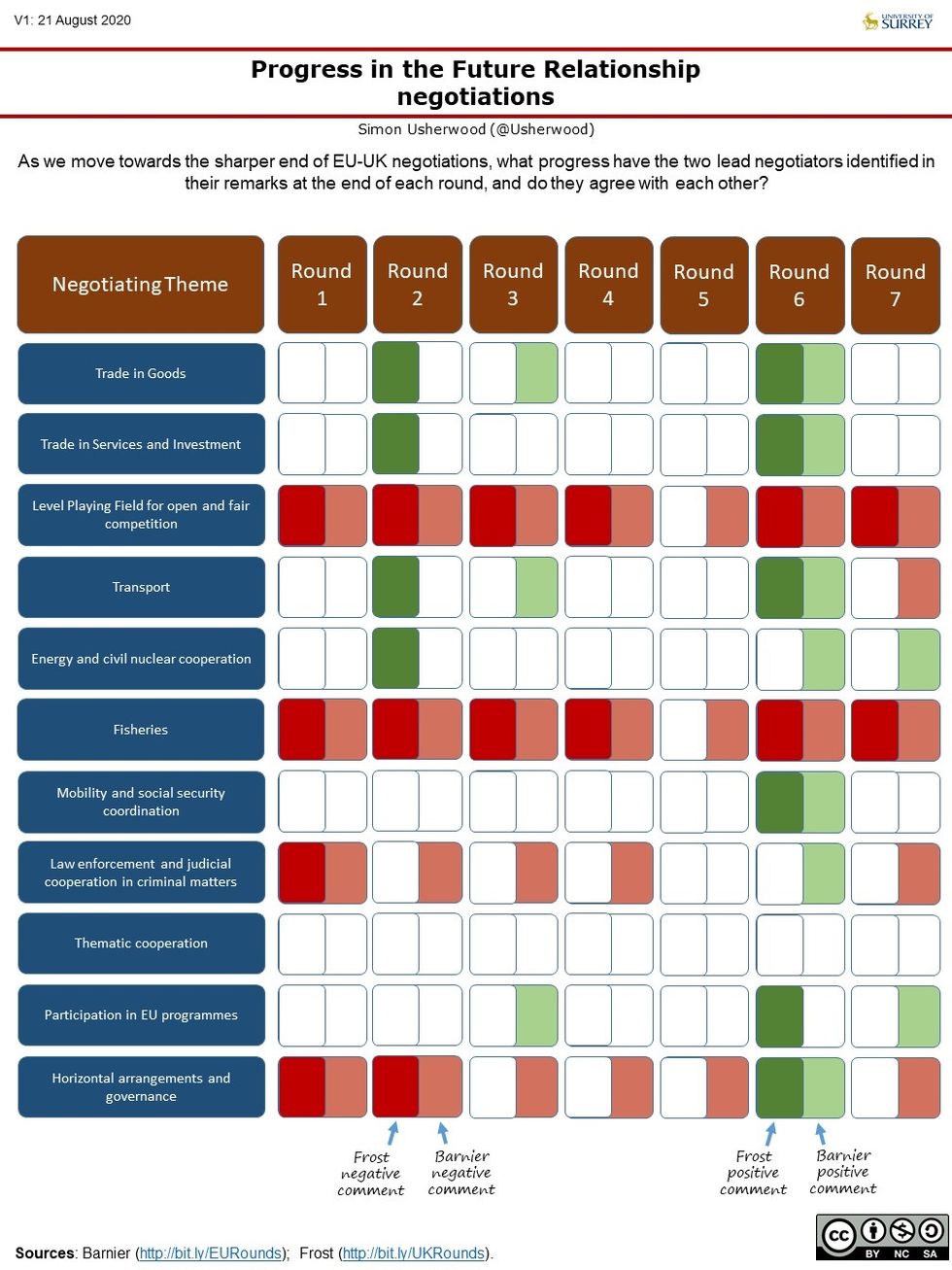