Oil Benchmarks on Track for 10% Rally From Week's Low

Economic expectations jump to a ten-year high as vaccination rollout builds up steam.

German consumer confidence is set to improve further in July, pushing to the highest level since August 2020, Rolf Buerkl, a senior analyst at Gfk said Friday, as incidence rates decline sharply and vaccinations progress, both allowing for a further easing of restrictions.

Sentiment is set to rise 6.6 points to -0.3 as both economic and income expectations increased sharply, a Gfk survey shows. Additionally, household's propensity-to-buy ratios ticked up again as well. "This makes a noticeable recovery in private consumption in the second half of 2021 more likely.", Buerkl's report noted, which could lead to a positive contribution to growth from the domestic economy.

Households are increasingly confident when it comes to the general development of the German economy. Economic expectations jumped to a 10-year high , after rising markedly in the previous month as well. 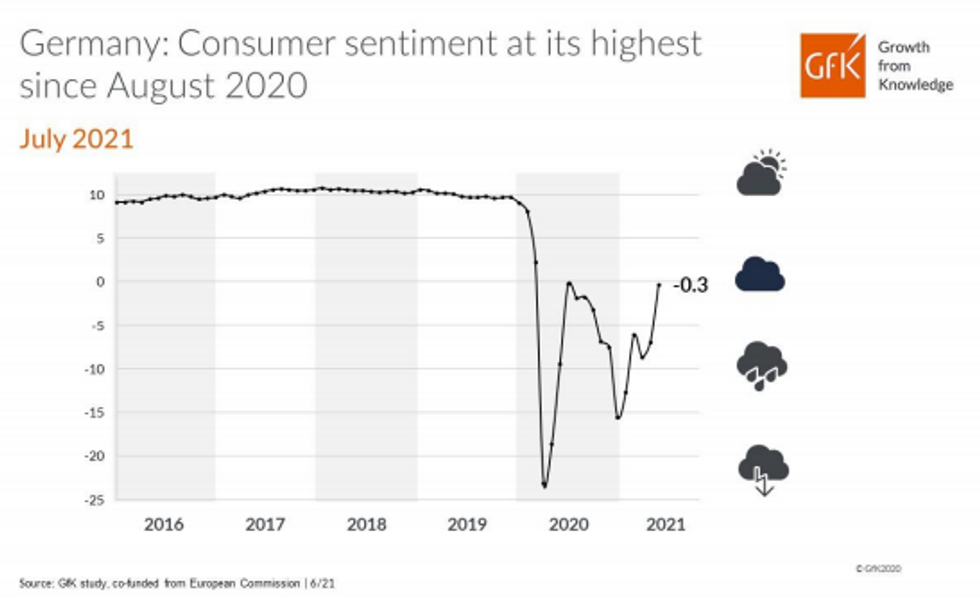