German car and electrical industries are particularly upbeat and plan for production expansion.

German manufacturing expectations improved further in April, hitting the highest levels in 30 years, led by the automotive and electrical sectors, a senior Ifo Institute analysts said Friday, noting that "order books are filling up, and there is still some catching up to do in the wake of the crisis last year."

According to the Business Survey published Friday, the expectations index jumped to 33.1 in April, from 30.2 in March, the highest level since 1991 and the uptick was mainly driven by car producers and the electrical industry. But computer manufacturers also saw a significant gain of 10pt in April. On the other hand, basic metal producers eased their production plans, as did manufacturers of rubber and plastic. The clothing industry showed signs of optimism with the index gaining 22pt to -18 in April. 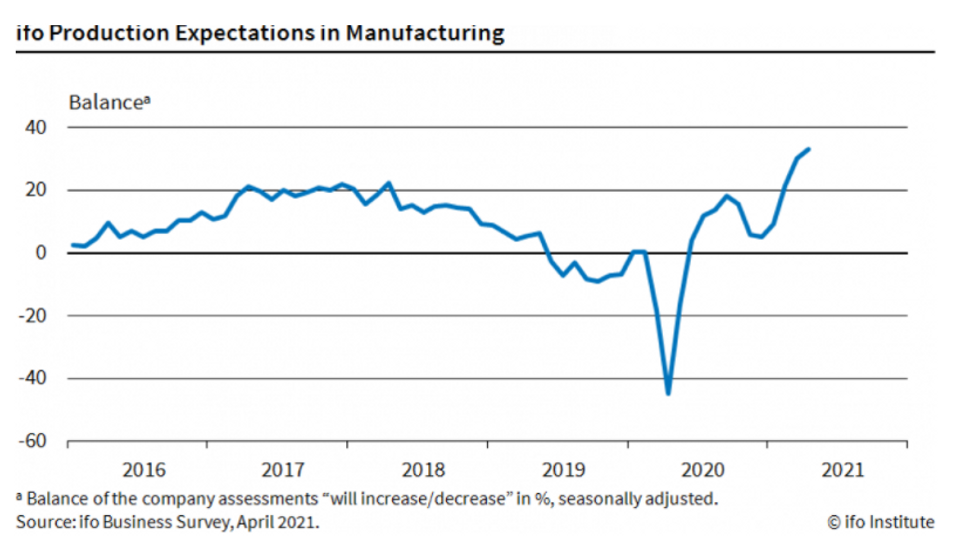