Frmr NY Fed Dudley: Don't Focus To Much on One Fed Pres

UK jobs market starts to rebound in March on the back of the government's roadmap out of lockdown, KPMG say.

The UK jobs market is bouncing back as the government's plan to gradually reopen the economy fuelled hiring plans in March, leading to the highest rise in permanent placements in six years, Claire Warnes, Partner and Head of Education, Skills and Productivity at KPMG said Thursday.

The latest KPMG/REC survey saw permanent placements surge to the highest level since 2015, with temporary billings increasing sharply as well --up at the fastest rate since November 2017. Demand for new staff rose markedly in March, up at the quickest rate in 2.5 years, which led to improved pay trends with starting salaries ticking up for the first time this year. Nevertheless, candidate supply remains subdued in March as people noted concerns over job security. 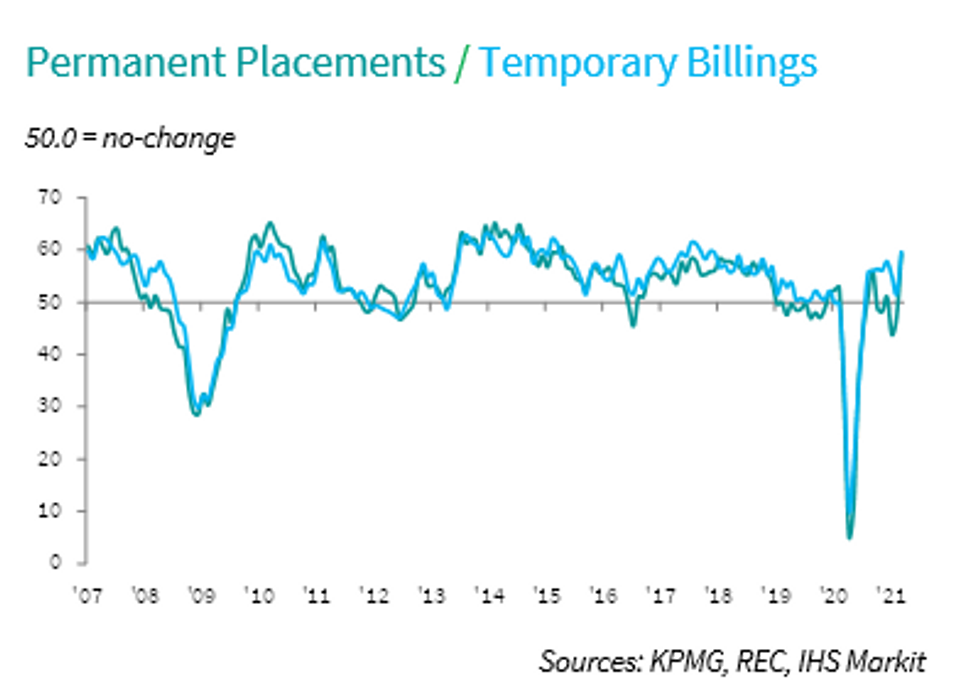