Easing of UK lockdown restrictions boosted business confidence and led to a sharp increase in hiring intentions in April with permanent placements hitting a record high, according to Claire Warnes, Partner and Head of Education, Skills and Productivity at KPMG UK. However, a 'lack of candidate supply' was becoming an issue in many sectors, Warnes said, noting that firms 'will not be able to fill their vacancies unless they commit to reskilling and upskilling their current and prospective employees.'

The latest KPMG/REC survey saw permanent placements surge to the highest level since 1997, while temporary billings rose to the greatest extent since October 2014. The demand for staff rebounded sharply as well, with vacancies rising at the steepest rate in 23 years. This results in upward pressure on starting salaries.

On Thursday, the Bank of England boosted its jobs outlook for the economy, saying the UK unemployment rate was likely to peak at 5.5%, much lower than previously feared. 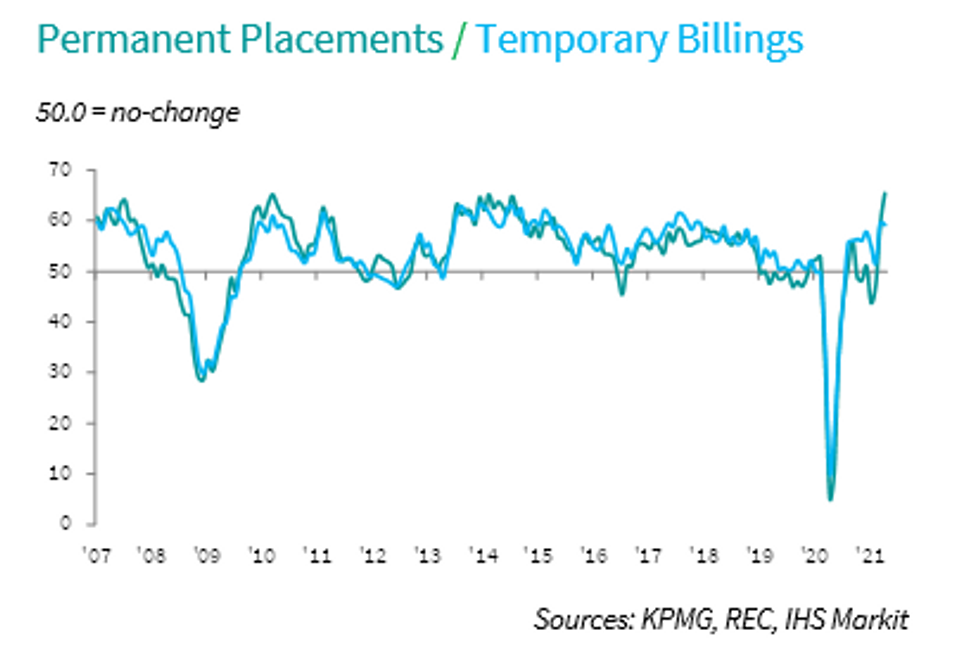