The U.S. Treasury Department rang up a USD1.375 trillion budget deficit in fiscal year 2022, with a USD430 billion deficit in the month of September alone. 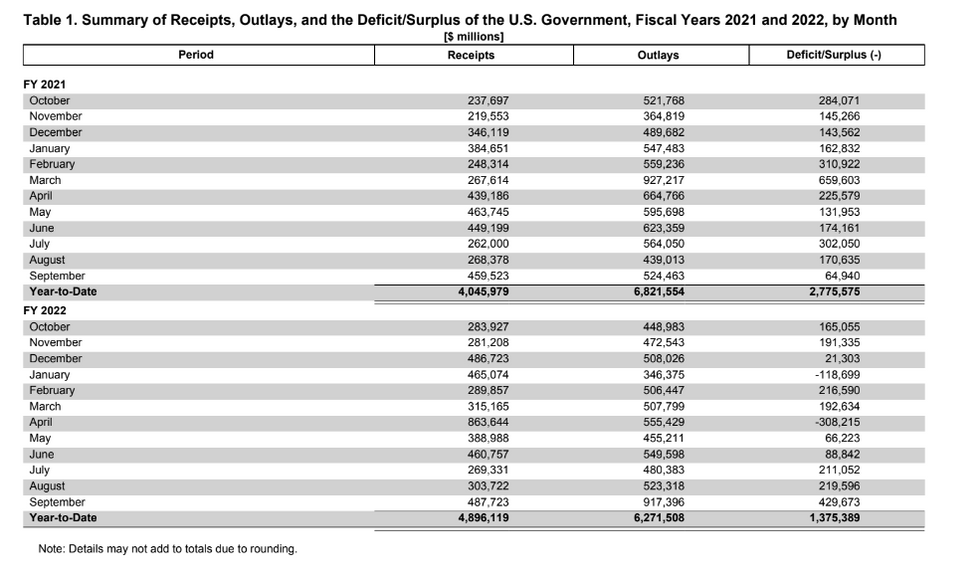