Structural positioning in European futures was mixed at the end of last week, with BTP and German Bund and Buxl standing out for their structural longs. Futures traders took a more circumspect view on price direction last week, with longs reduced and shorts set for most contracts. This compares to our update two weeks ago which saw long-setting across the board. 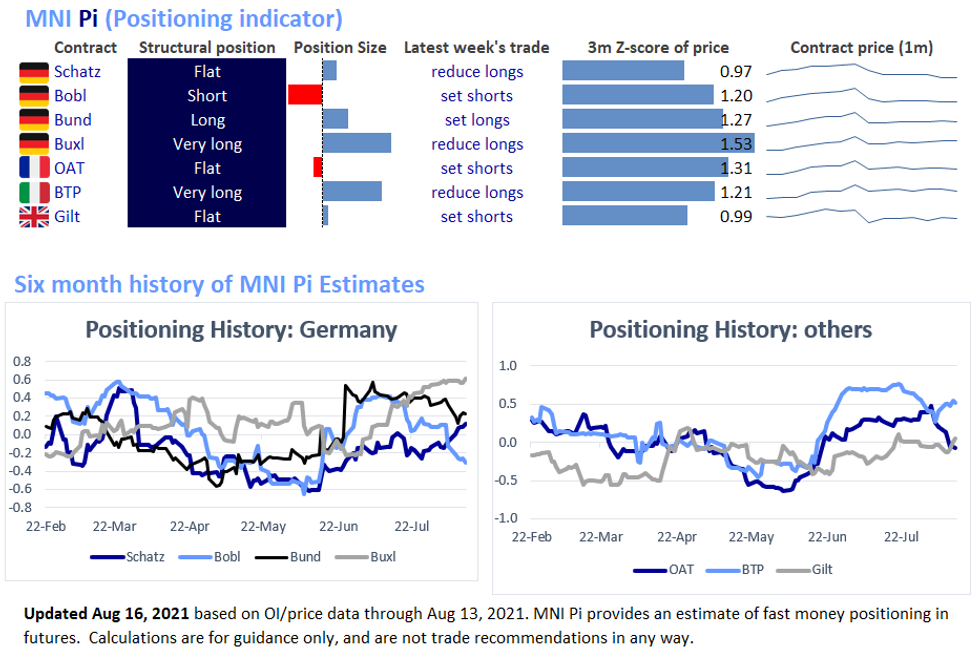