A very limited Asia-Pac session for U.S. Tsys, with the cash market little changed at typing, while T-Notes sit +0-00+ at 137-25, sticking to a 0-02+ range. Trade was non-committal as we moved towards the Christmas break, with continued focus on Brexit and the fiscal situation in DC.

GBP easily outperformed is G10 peers in thin, pre-holiday trade on the back of reports that the Brexit deal is down to the short strokes, with negotiators rushing to finalise the text of the agreement before its expected announcement in the London morning. Cable added ~50 pips in the Asia-Pac session, building on the solid gains posted Wednesday, albeit neither GBP/USD nor EUR/GBP managed to push through the prior day's extremes. Upside in cable is tempered as EUR/GBP struggles to break through 0.90

Little in the way of any true stand-out flow in the latest round of weekly Japanese international security flow data. 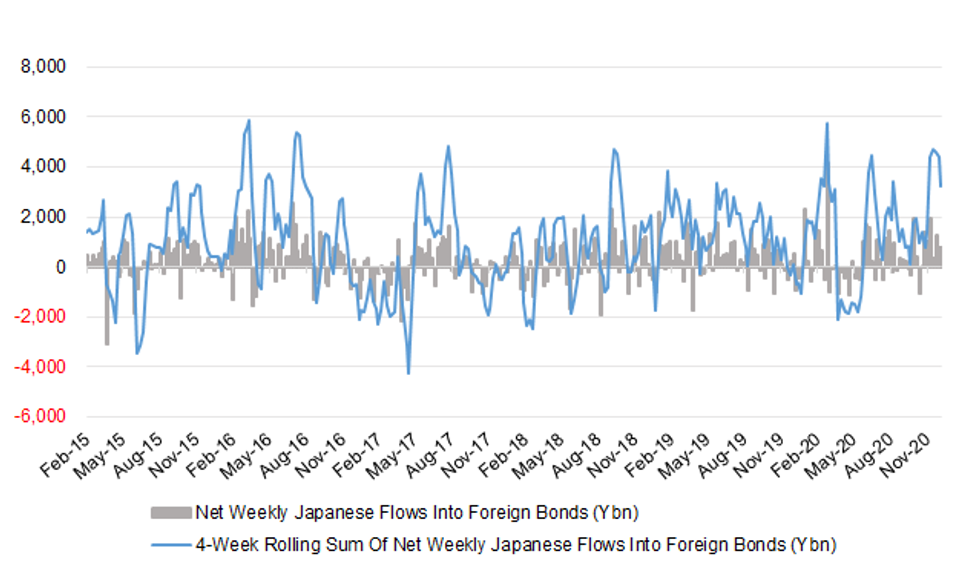 The major e-mini contracts and regional Asia-Pac equity indices moved higher during a muted round of Christmas Eve trade, with focus on the positive Brexit developments.

GOLD: Sticking Within The Lines

A slightly softer USD has provided some light support for bullion over the last 24 hours or so, although both the DXY and spot gold have continued to operate within the confines of the respective ranges established earlier in the week. This leaves a relatively stagnant technical picture, with spot last dealing around the $1,875/oz mark.