Thursday's data calendar is quiet with no speeches scheduled in Europe, while the release of Initial jobless claims and import and export prices, both published at 1330GMT, are the highlight of the day in the U.S.

U.S. initial jobless claims filed through January 9 are expected to hold steady at 785,000 after touching 787,000 through the week to January 2. Stubbornly high initial and continuing claims levels and a loss of 140,000 jobs in December suggest some labour market deterioration following a period of tepid recovery. As of December 19, 19.2 million Americans were claiming unemployment insurance benefits.

US import prices expected to increase 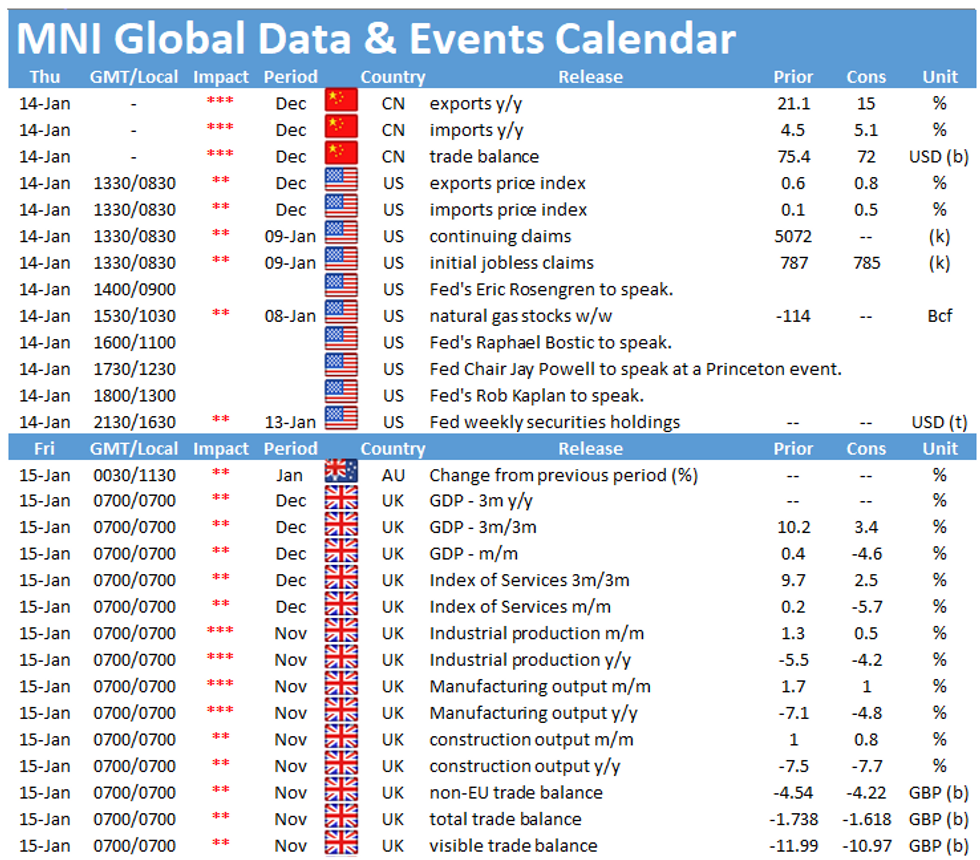