EZ/UK Bond Supply Calendar: EU SURE to issue next week

US$ Credit Supply Pipeline, Near $60B/wk

Wednesday kicks off with the release of the final services PMIs for Spain (0815BST), Italy (0845BST), France (0850BST), Germany (0855BST) and the EZ (0900BST). Moreover, the publication EZ producer price inflation at 1000BST will be noteworthy. The highlight of the day in the US is the release of the ISM services PMI at 1500BST.

Europe's services PMIs back in expansion

Spain's and Italy's services PMIs are both expected to register at 50 in April, after recording levels in contraction territory for several months. Last month's surveys already signalled some improvement with output falling at a slower pace in both Spain and Italy. Hopes for an acceleration of the vaccination program boots optimism for a near-term reopening and a significant easing of restrictions.

The French, German and EZ services PMIs are forecast to register in line with their flash results showing an increase of the French and EZ index above the 50-mark to 50.4 and 50.3 respectively. The German services PMI saw a small decline to a two-month low of 50.1, although remaining in expansion. The EZ flash report noted a return to growth of the service sector for the first time since August and that companies are preparing for better times ahead.

Annual producer prices started to accelerate at the beginning of the year and rose by 1.5% in February, which was the highest level since May 2019. Markets expect the indicator to rise further in March to 4.2%, which would mark the fastest increase since October 2018 (5.0%). February's increase was led by a rebound of energy prices and a sharp significant increase in prices for intermediate goods.

Survey evidence is in line with market forecasts. The EZ manufacturing PMI noted another lengthening of lead times and a shortage of several products which in turn led to another sharp rise in input and output prices in April. 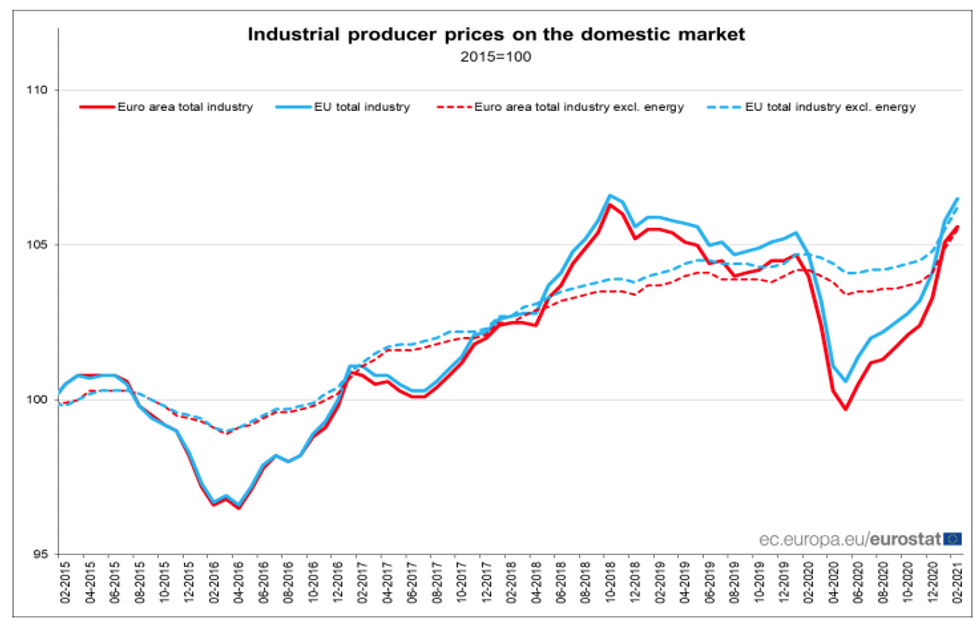 The ISM services surged 8.4 points to 63.7 in March, showing a record high. The previous high was recorded in October 2018 when the index increased to 60.9. March's increase was driven by sharp gains of business activity and new orders which rose 13.9 points and 15.3 points, respectively. Markets expect the index to rise further to a new record high of 64.2 in April. Similar survey evidence is in line with market forecasts. The Chicago Business Barometer jumped to a near 38-year high, while the flash IHS services rose to a record high in April. 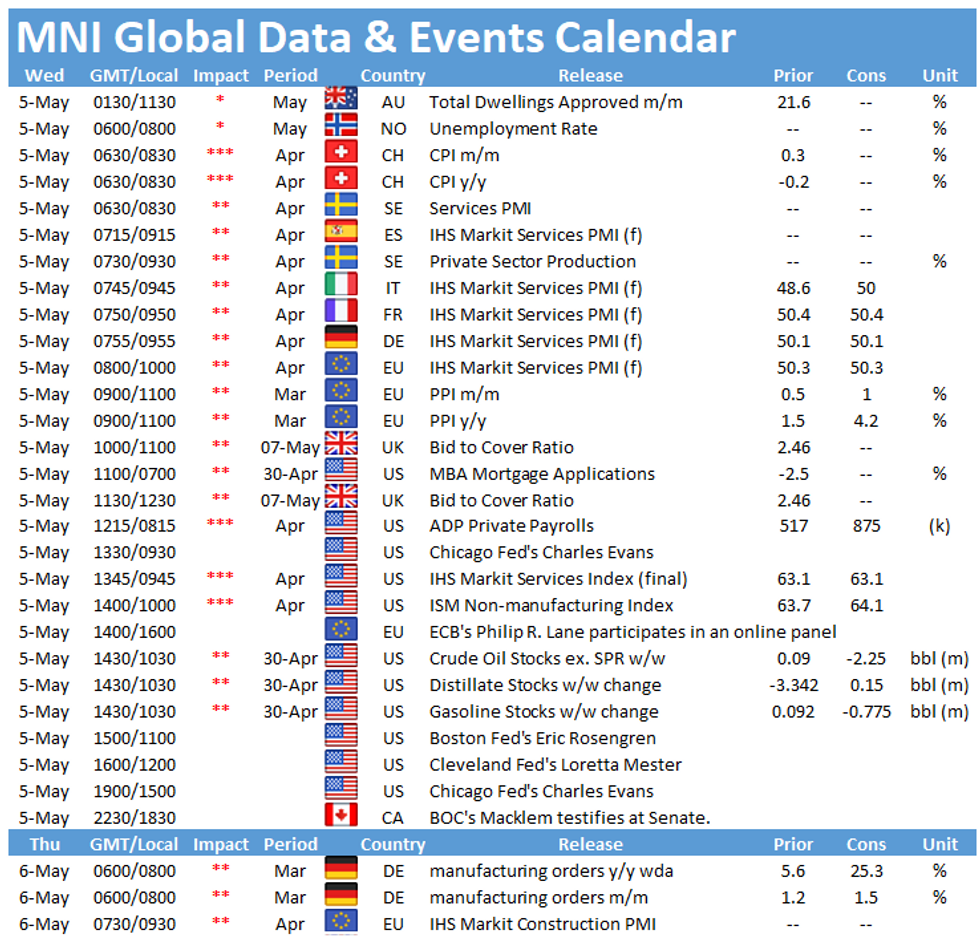