Inflation data is to the fore Tuesday, with data expected for the UK, France, Italy and Canada.Other data of note includes US and EZ industrial production.

UK consumer price inflation likely rose to an annual rate of 2.9% in August taking the index to its highest level since early 2018, from an unexpectedly-low 2.0% pace in July, data due at 0700 will show.

The forecast August burst partially stems from difficult comparisons with the same month of 2020, when the Eat Out to Help Out Scheme and reduced value-added taxes significantly reduced the price of eating out. The Office for National Statistics estimated that the two schemes shaved 0.8 percentage points from the monthly change in CPI last year, taking the annual August 2020 increase to just 0.2%. At least some of that will be unwound in the 2021 data.

Forecasters also point to rising commodities prices and supply bottlenecks, with some predicting a rise to 3.0%, matching a level not hit since January 2018. A record-high 17.2% surge in used car prices in August is also likely to exert upward influence on inflation. Prices increased by 14.4% July, adding 0.14 percentage points to the change in CPI (which overall declined by 0.5 percentage points).

Close attention will be paid to factory gate prices, which which have surged over the past several months. Output prices jumped by 4.9% in July, the fastest pace since April 2005, Input prices ebbed slightly in July to 9.9%, but growth remains well below the sub-2% pace recorded at the start of the year.

Canada's inflation rate likely rose at the fastest since 2003 in August on gasoline and housing analysts say, quickening to 3.9% from July's 3.7%. The result would be a fourth straight month of CPI gains above the Bank of Canada's 1%-3% target range, and raise questions over the central bank's view it's mostly a temporary spike compared with weakness following last year's Covid downturn.

The gains go beyond a narrow range of items-- in July the average of the BOC's three core measures was the fastest since 2009 at 2.5%, Statistics Canada reported. 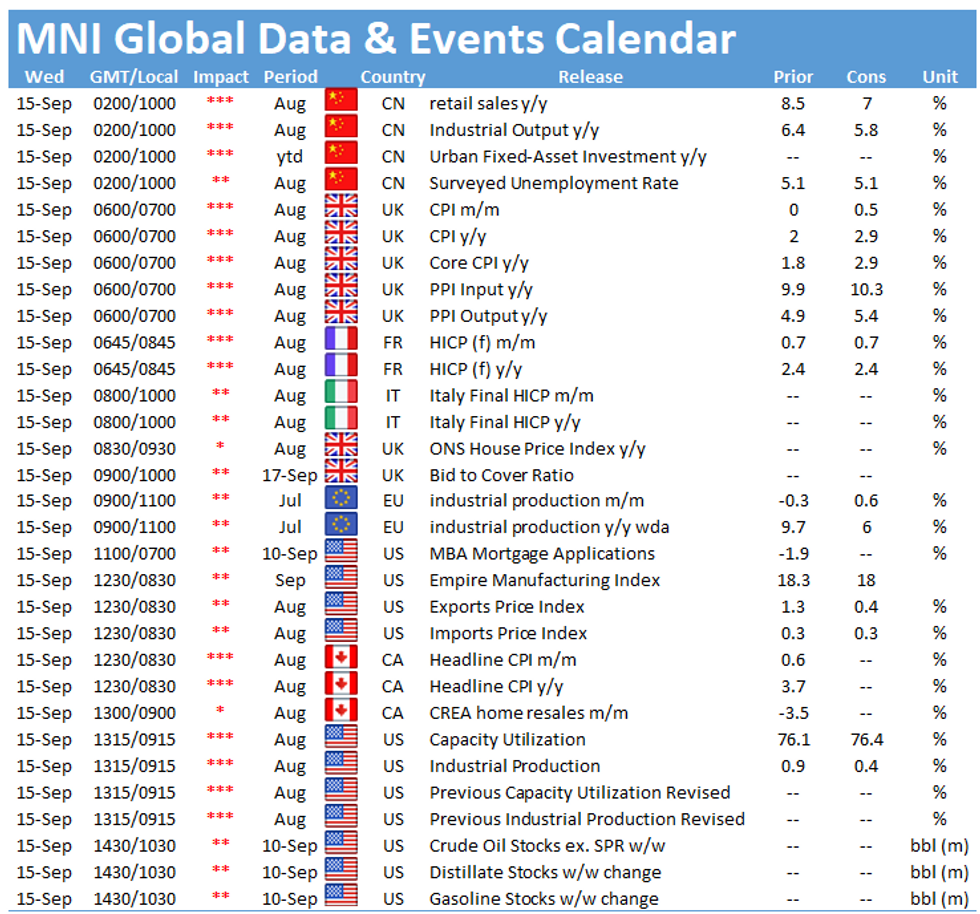