Retail Sales Rises By 5.7% In October

PM's Conservatives Hold On In By-Election, But Sterner Test To Come 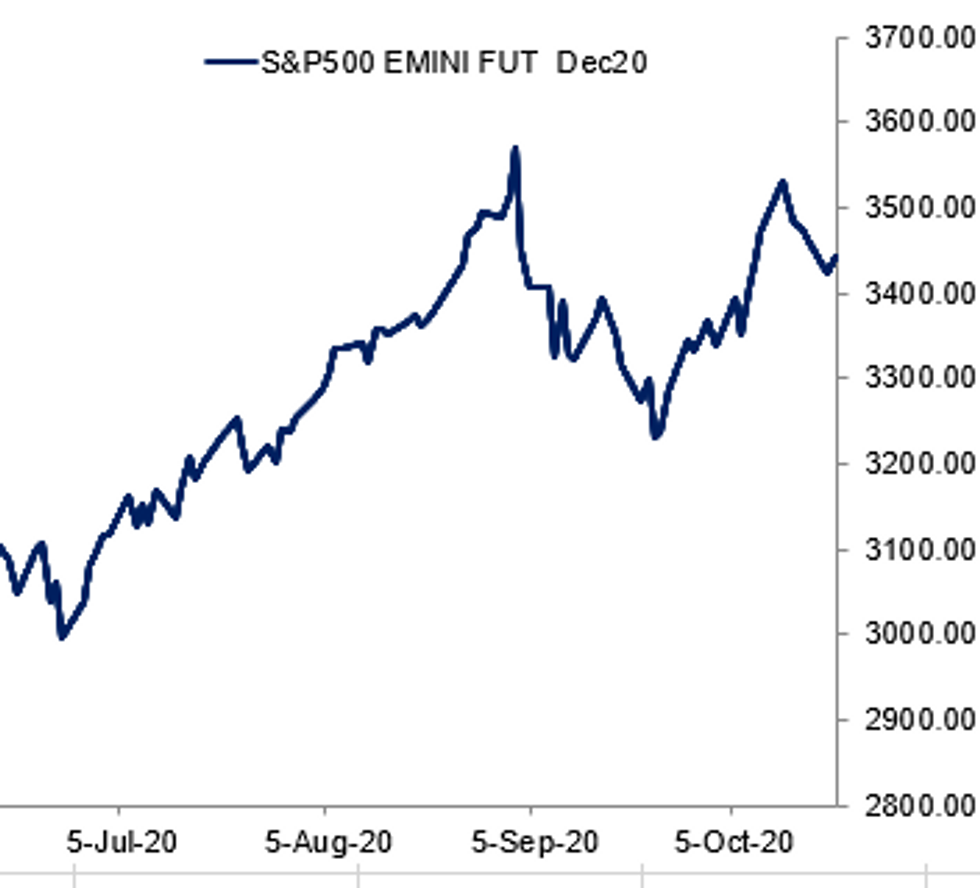 B.O.J. (MNI INSIGHT): The Bank of Japan is expected to announce an extension to its lending facilities, which are due to expire end-March, after the government drafts an additional stimulus package most likely in November, MNI understands. For full article contact sales@marketnews.com

ISSUANCE: Europe's primary bond market has surpassed 1.5 trillion euros ($1.77 trillion) of annual sales for the first time after coronavirus concerns prompted a record surge in borrowing.A two-part 17 billion-euro offering from the European Union helped lift sales for the year to at least 1.51 trillion euros, according to data compiled by Bloomberg.

SWAPS (BBG): Clearing house LCH Ltd. said it successfully switched a notional $120 trillion of financial contracts to a new rate that will determine their value over a transition known as the big bang.The firm facilitated payment of at least tens of billions of dollars worth of basis swaps to clients in order to compensate for risk. Clients were then able to auction off unwanted basis swaps totaling $24 billion "at close to zero liquidation cost," the company said.

E.U. (BBG): The European Union plans to remove Canada, Tunisia and Georgia from its list of countries whose residents should be allowed to visit the bloc amid the coronavirus pandemic, according to EU officials familiar with the matter.The EU intends at the same time to reopen its doors to travelers from Singapore as a result of improved virus trends there, the officials said on the condition of anonymity because the deliberations on Tuesday in Brussels are confidential. The U.S. will remain blacklisted along with most other countries in the world.

FIXED INCOME: EU SURE Syndication and BOE's Vlieghe the key events of the morning

A slightly risk-on tone in the European morning session has seen equities a little higher and cored fixed income lower, although peripheral spreads have barely moved.

AUD underperforms, with a speech from RBA Assistant Governor Kent providing some near-term weight. He stated that there is still room for the central bank to "compress" short-term rates, raising the risk of further cuts to the RBA cash rate. AUD/USD slipped on decent volume to fall through 0.7050 support and hit new multi-week lows of $0.7031. Selling pressure in the AUD bled into the NZD, with both currencies at the bottom of the G10 pile this morning.

USD's bouncing slightly off the Monday lows, but there's been no meaningful recovery in the greenback. GBP and the EUR are benefiting moderately, but both currencies are yet to top yesterday's highs vs. the USD.

US housing starts are the data highlight Tuesday, with the speaker schedule likely to prove more interesting. ECB's de Cos, Fed's Evans, Quarles, Brainard & Bostic are all due to speak.

Commodities are trading mixed, with Copper and Silver outperforming. 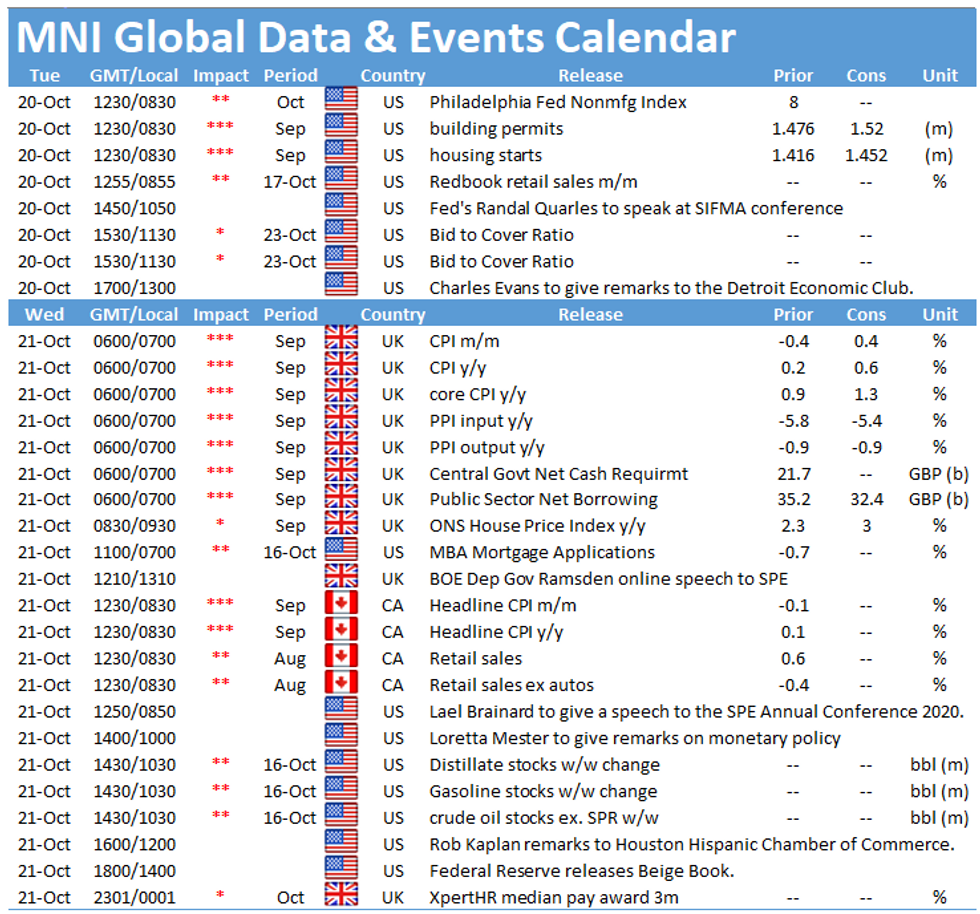