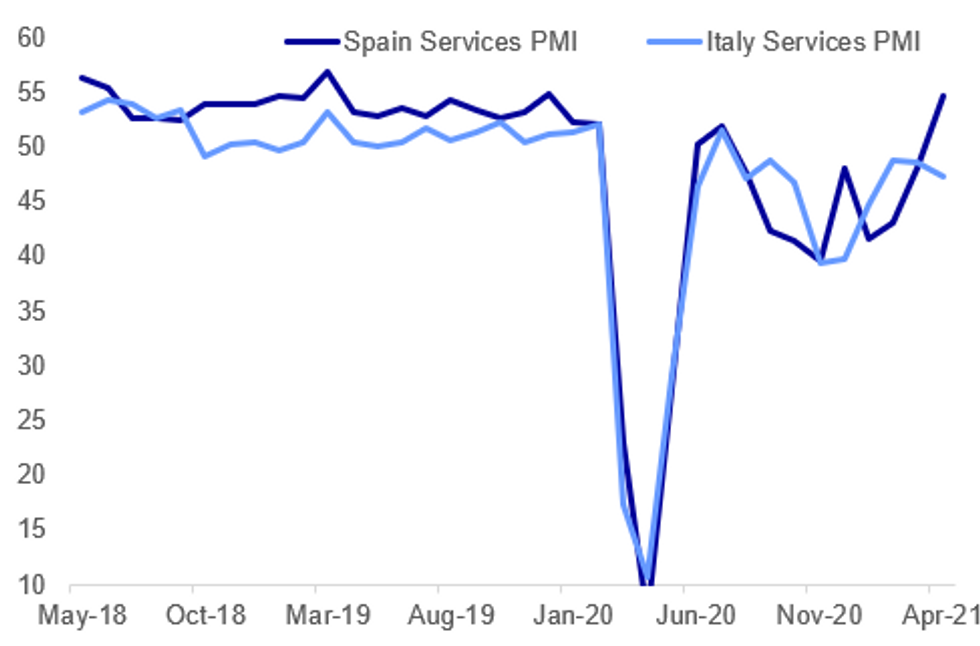 G-7/INDIA/COVID: India's Foreign Minister S. Jaishankar has tweeted that he and others in the Indian delegation to the London G7 foreign ministers' summit are self-isolating as it emerged some of the diplomats in attendance had tested positive for COVID-19. A senior UK diplomat stated that it was 'very unfortunate' that the Indian FMcould not attend, but that "This is exactly why we have put in place strict Covid protocols and daily testing." Yesterday Jaishankar met UK Home Secretary Priti Patel, although due to COVID-19 protocols being observed she is not being asked to self-isolate.

G-7/US/COVID: The U.S. was advised that its "stringent masking, social distancing, and daily testing protocols" would permit its delegation to continue with G7 activities, State Department spokesman Ned Price says. Price was responding to a question about possible Covid exposure in the Indian delegation. "We will continue to follow the guidance of public health professionals going forward and abide by the same strict Covid-19 protocols."

GERMAN POLITICS: The latest opinion poll from outlet Forsa shows the centre-left Greens as Germany's most popular political party, leading the centre-right CDU-CDU by 28% to 23%.

GERMANY (BBG): Government wants to raise 2030 CO2 emissions reduction goal from current 55%, achieve climate neutrality in 2045, Der Spiegel reports, citing unidentified people close to the matter. New goal to be re-assessed six months after taking force. 2040 goal for emissions reduction raised to 90% from 85%
BANK OF THAILAND: Thailand's central bank left its policy rate unchanged at a record low of 0.50% on Wednesday, maintaining policy settings for the eighth consecutive meeting, but downgraded its growth outlook on surging infection rates and a slow vaccine rollout. The decision was widely expected as the BOT wrestles with the volatility of the baht, which has fallen around 4% this year after spiking higher in the fourth quarter of 2020.

The Italian services sector unexpectedly contracted in April, with the PMI reading falling to 47.3 (50.0 exp., 48.6 prior), and dragging down the composite figure (51.2, vs 53.0 exp., 51.9 prior) amid Italian COVID lockdown measures. The IHS Markit release reports that business activity, new orders, exports, and employment all declined.

Spain PMI: Stronger Than Expected As Demand And Hiring Picks Up

Spanish PMI came in well above expectations in April, with a services reading of 54.6 (50.0 exp., 48.1 prior) and composite of 55.2 (52.2 exp., 50.1 prior). This was the strongest services expansion since the end of 2019, and came as "encouraging demand developments and positive projections for activity helped to support growth" per the IHS Markit release

A calmer start for Bonds, as Equities reverse some of yesterday's big sell off. 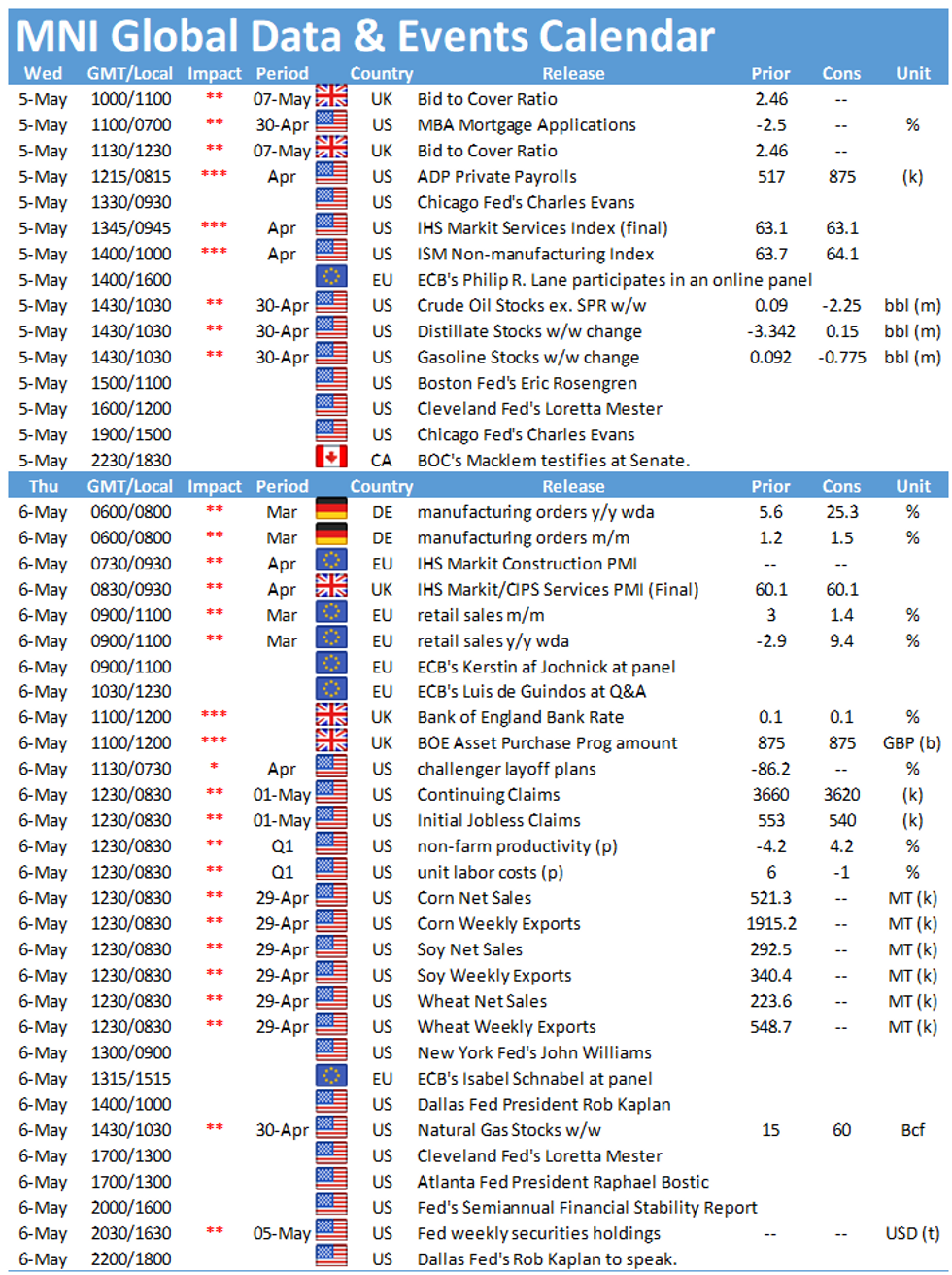