Extending Lows After the Close

MNI US Open: European Stocks Gain Ahead Of E.C.B. Decision 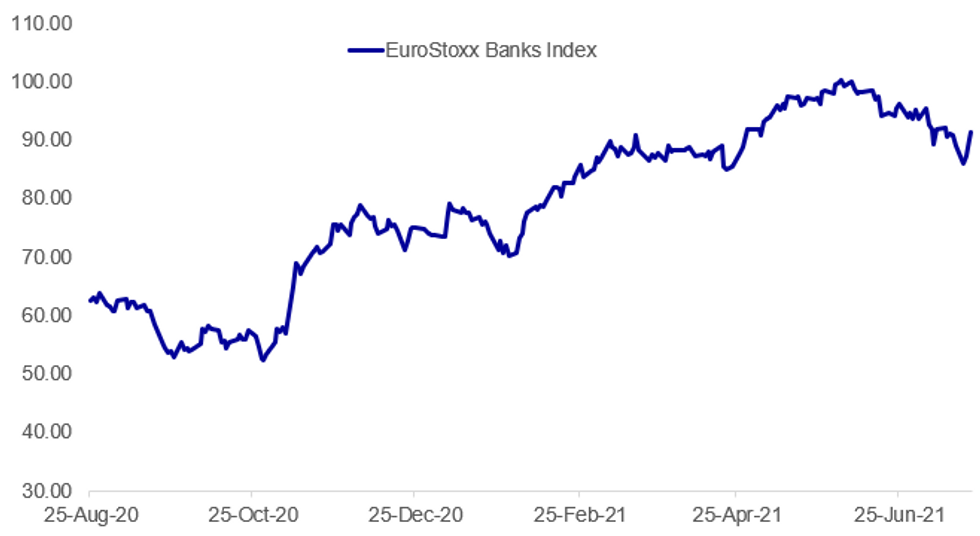 E.C.B. (MNI MARKETS PREVIEW): The earlier-than-expected publication of the strategy review has transformed the July GC meeting from a placeholder to a live event. Any material changes in policy are still likely to be on hold for September (or possibly December), but changes to the forward guidance and additional communication around the strategy review implications could be market moving. Clarification of the new buzzwords "forceful" and "persistent", as well as the extent to which inflation deviations from target will be tolerated, are likely to be a focus during the press conference.

B.O.E.: Bank of England Deputy Governor Ben Broadbent pushed back against the view that higher inflation is likely to be persistent, with his remarks tilting the scales away from early tightening by the central bank in August. He noted that much of the rise in imported inflation has been "concentrated overwhelmingly in goods prices" and that as the economy reopens and rebalances, with services demand increasing, the mismatches that have driven prices higher should fade away. He said that he was "not convinced that the current inflation in retail goods prices should in and of itself mean higher inflation 18-24 months ahead."

E.U.-U.K. (BBG): Britain is set to be handed a final warning from the European Union to meet its commitments under the Northern Ireland Protocol as the two sides struggle to work out their post-Brexit relationship.The European Commission, the EU's executive arm, plans to file a so-called reasoned opinion on what it says are the U.K.'s breaches of the protocol by the end of the month, according to two officials with knowledge of the process.

US-CHINA (BBG): An agreement by the U.S. and China for their first face-to-face talks between senior diplomats in months represents the latest effort by both sides to keep a growing list of disputes from spiraling out of control.The nations announced plans Wednesday for Deputy U.S. Secretary of State Wendy Sherman to meet Chinese Foreign Minister Wang Yi next week in the northern port city of Tianjin as part of her current swing through Asia. The trip followed behind-the-scenes wrangling, with the Financial Times reportingearlier that the No. 2 American diplomat had suspended her travel plans after Beijing offered only a meeting with one of Wang's subordinates.

JAPAN / COVID: The Tokyo metropolitan gov't confirmed that it recorded 1,979 new COVID-19 cases in the past 24 hours, the highest daily total since mid-January, raising concerns further about a more widespread outbreak of the virus just as the Tokyo Olympic Games get underway. The hosting of the Games remains controversial in Japan, and if a major wave of infections becomes linked to the event it could lead to a backlash against the gov't of PM Yoshihide Suga. The gov't is already struggling with declining approval ratings ahead of this autumn's general election. The Tokyo authorities and the gov't have frequently stated that a spike in cases ahead of the Games could lead to their suspension, but with just over 24 hours until the opening ceremony is slated to start, this seems unlikely.

GREECE / TRAVEL (BBG): Greece sees international arrivals at over 130% of 2020 and 40% below 2019 so far and what's more interesting is that there is still an upward trajectory, Greek PM's Chief Economic Adviser, Alex Patelis tells Bloomberg TV. I don't know what's going to happen in the future, but Delta variant doesn't seem to be reducing the people's appetite to travel and to have a holiday in Greece, Patelis says.

INDONESIA: Bank Indonesia has left its benchmark 7-day reverse repurchase interest rate unchanged at 3.5% Thursday, saying the rate is in line with maintaining the stability of the rupiah. The central bank also maintained the overnight deposit and lending facility rates at 2.75% and 4.25%, respectively. 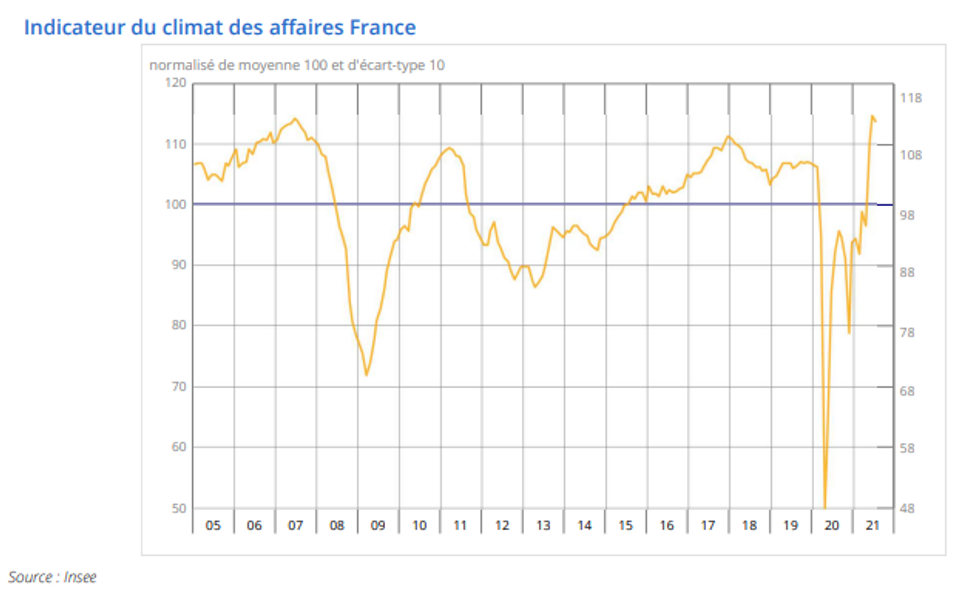 A calmer start for market when you compare to the very busy start of the week.