Updated Barclays/Bbg Extension Estimates for US

Spain's main opposition centre-right People's Party (PP) recorded its lowest polling support of any survey carried out by outlet Sigma Dos since early May on 19 July. 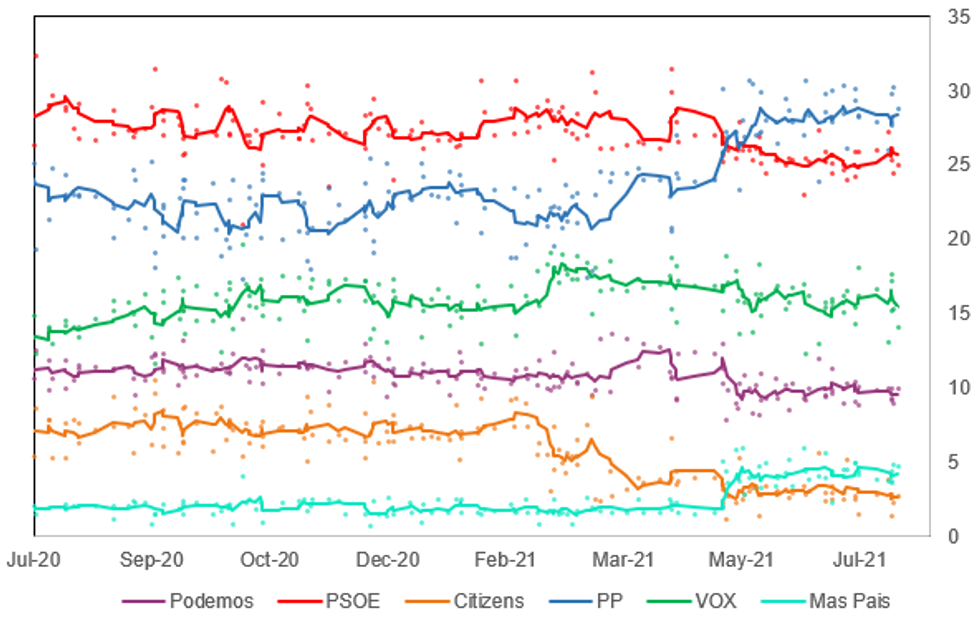