Plenty Of Holidays In Play This Week

It's been fairly quiet on the overnight reverse repo front in the past few weeks since quarter-end. The overall level of takeup sits just shy of $900B as of Jul 22, well below the peak of just under $1T on Jun 30. And it's likewise been fairly uneventful in the overnight rates arena since the Federal Reserve upped the IOER and ON RRP rates by 5bp at the June FOMC meeting, with effective Fed funds printing 10bp every day since (apart from 8bp at quarter end - again on Jun 30). 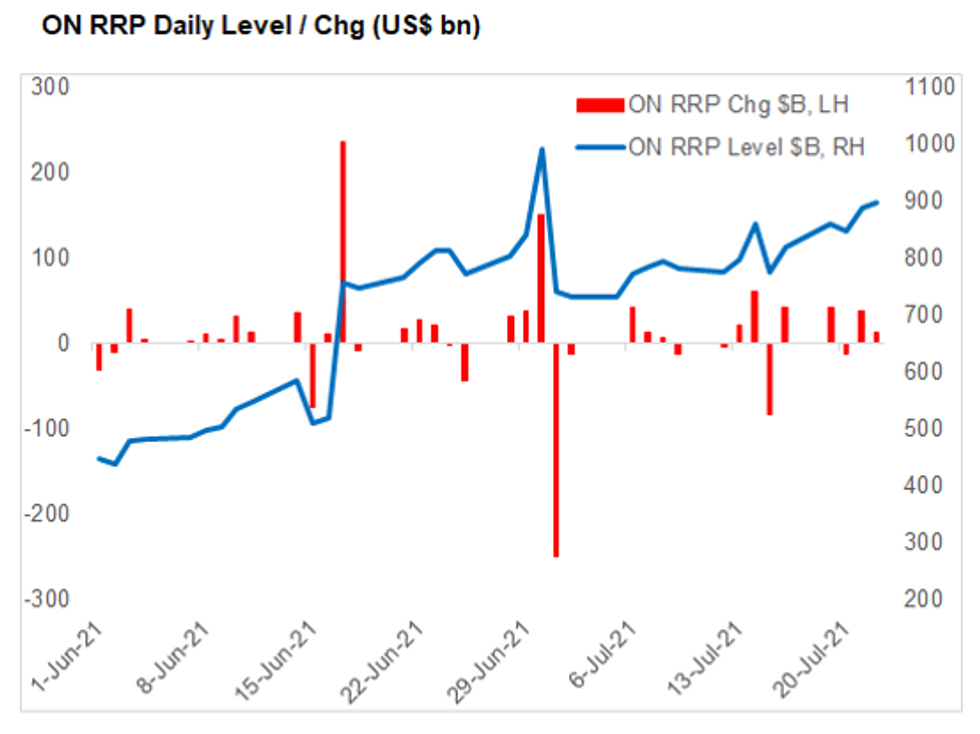