A quick overview of the recent evolution of FX-hedged yields from the perspective of Japanese investors (based on rolling 3-month hedge costs) provides several points of note:

Fig. 1: Selected FX-Hedged Yields From The Perspective Of A Japanese Investors vs. Longer Dated JGB Yields (%) 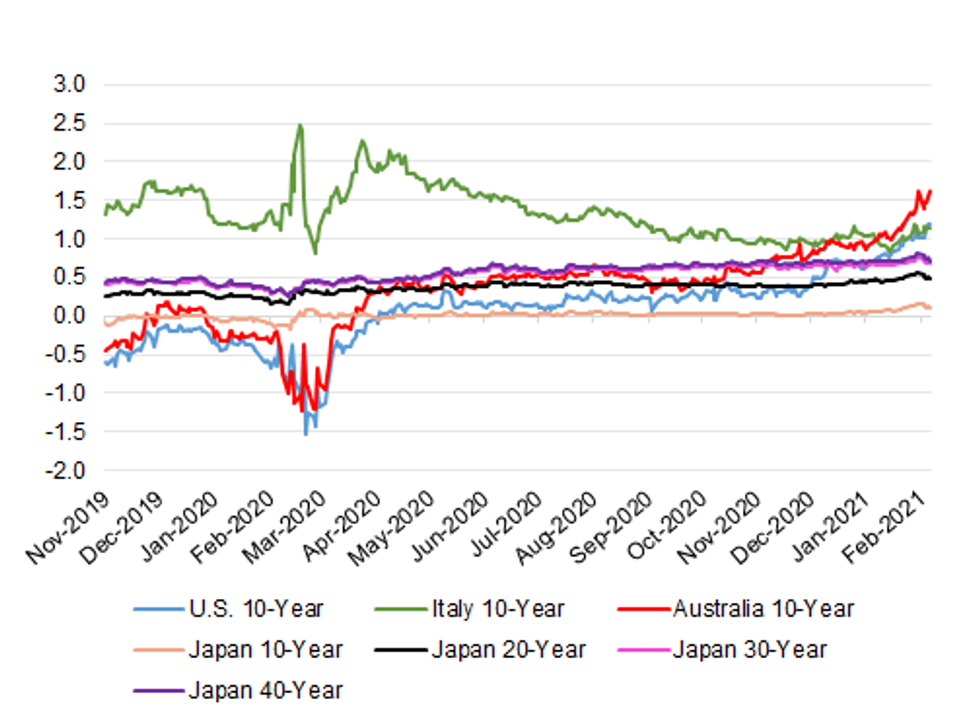