A brief foray higher for USD/KRW yesterday was reversed at the open today, the pair last down 3.85 at 1121.09. The move higher took the pair above the 50-day moving average, currently at 1124.57, but the rate is now back below. Support is seen around 1115.00, a break of which would confirm the resumption of the bearish move for the pair, below this is the 100-day moving average at 1113.27. 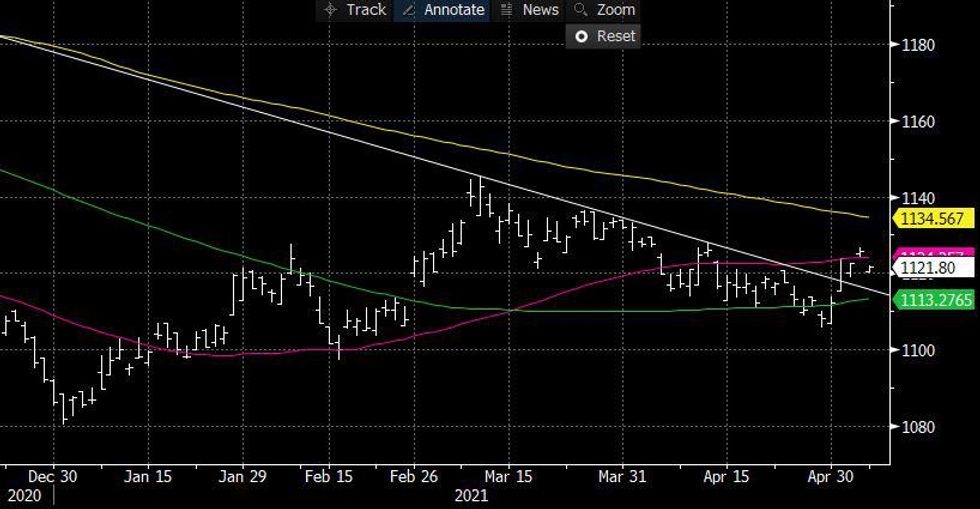