Futures Back From Overnight Highs

Conservative Lead Cut, But Still Well Ahead Of Labour In Latest Poll

Latest polling from YouGov shows the lead for Prime Minister Boris Johnson's centre-right Conservative Party cut by 3%. Nevertheless, in this poll, and most others at present, the governing party retains a sizeable lead over the main opposition centre-left Labour Party. 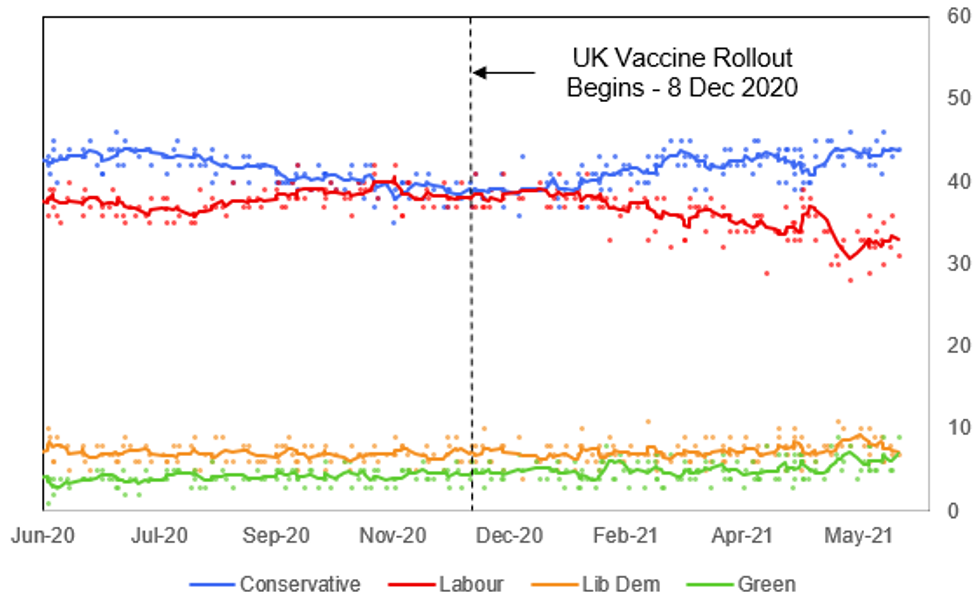