Germany's upcoming federal election on 26 September is likely to prove just the starting point for a period of political uncertainty and torpor, given that there is the strong likelihood of a three-party coalition being required to form a majority gov't.

Chart 1. Length of Time in Days between Election and Swearing in of Gov't 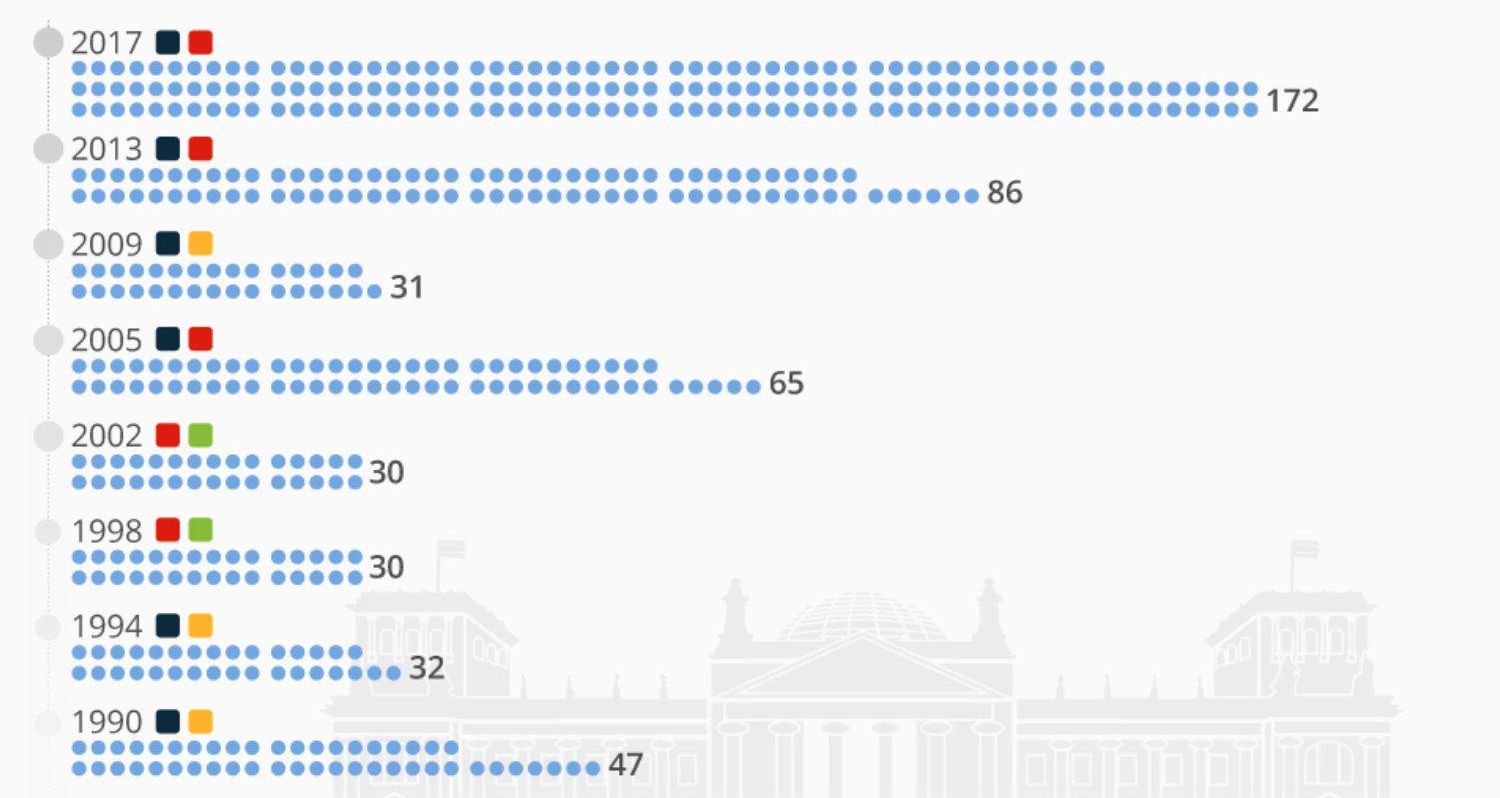