MNI BRIEF: U.S. Jobless Claims Up, But Near Recent Lows

The Polish gov't, having lost the cooperation of MPs from the centre-right Agreement Party last night, now faces the prospect of requiring votes from independents and small parties in the opposition to get a controversial media law passed in the Sejm (parliament). The loss of the gov'ts majority leaves Prime Minister Mateusz Morawiecki's administration vulnerable to a vote of no confidence, even if the media law is passed. 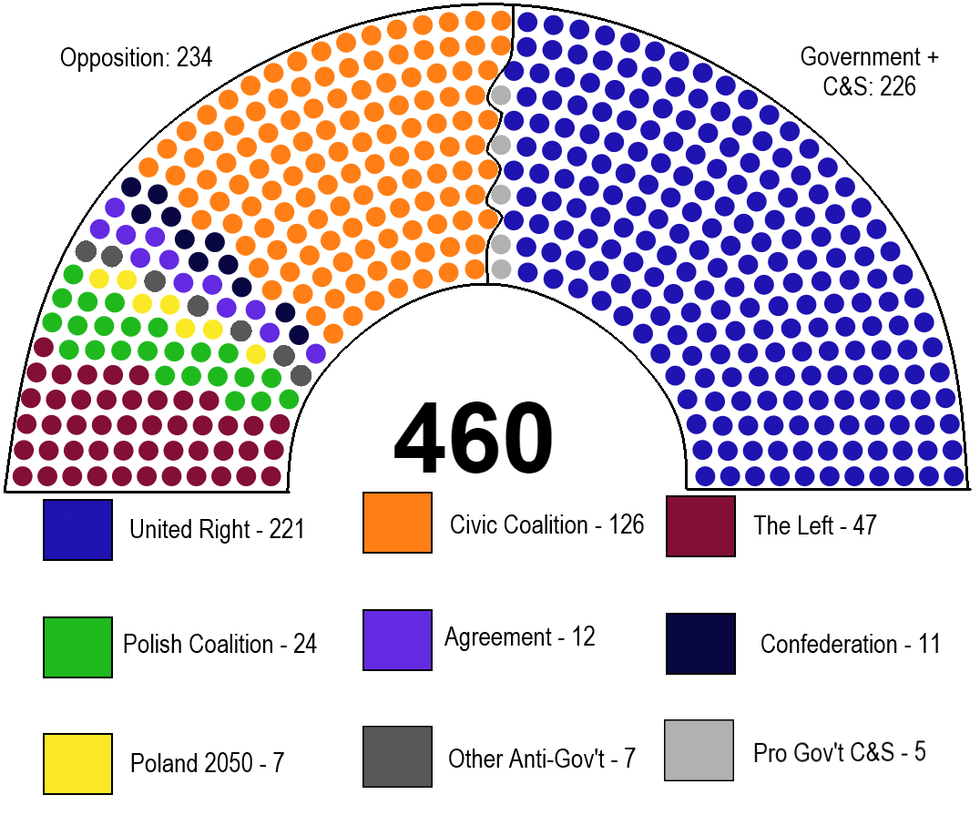