EURCHF is approaching the June 2015 low

Austria's governing centre-right People's Party (OVP) has announced that Interior Minister Karl Nehammer has been selected as the next party president. Becoming party president sets him up to take over from caretaker Chancellor Alexander Schallenberg, who could return to his previous post of foreign minister. 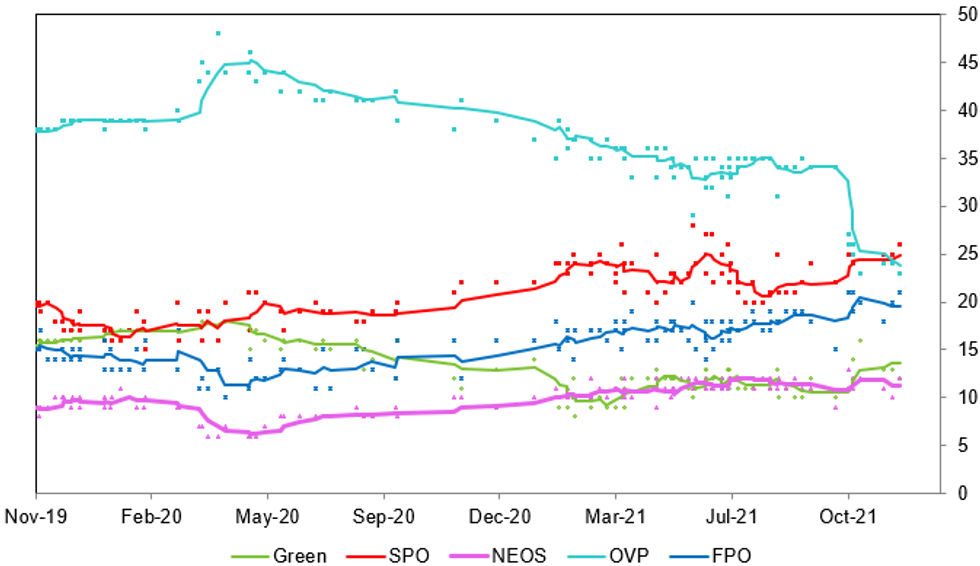